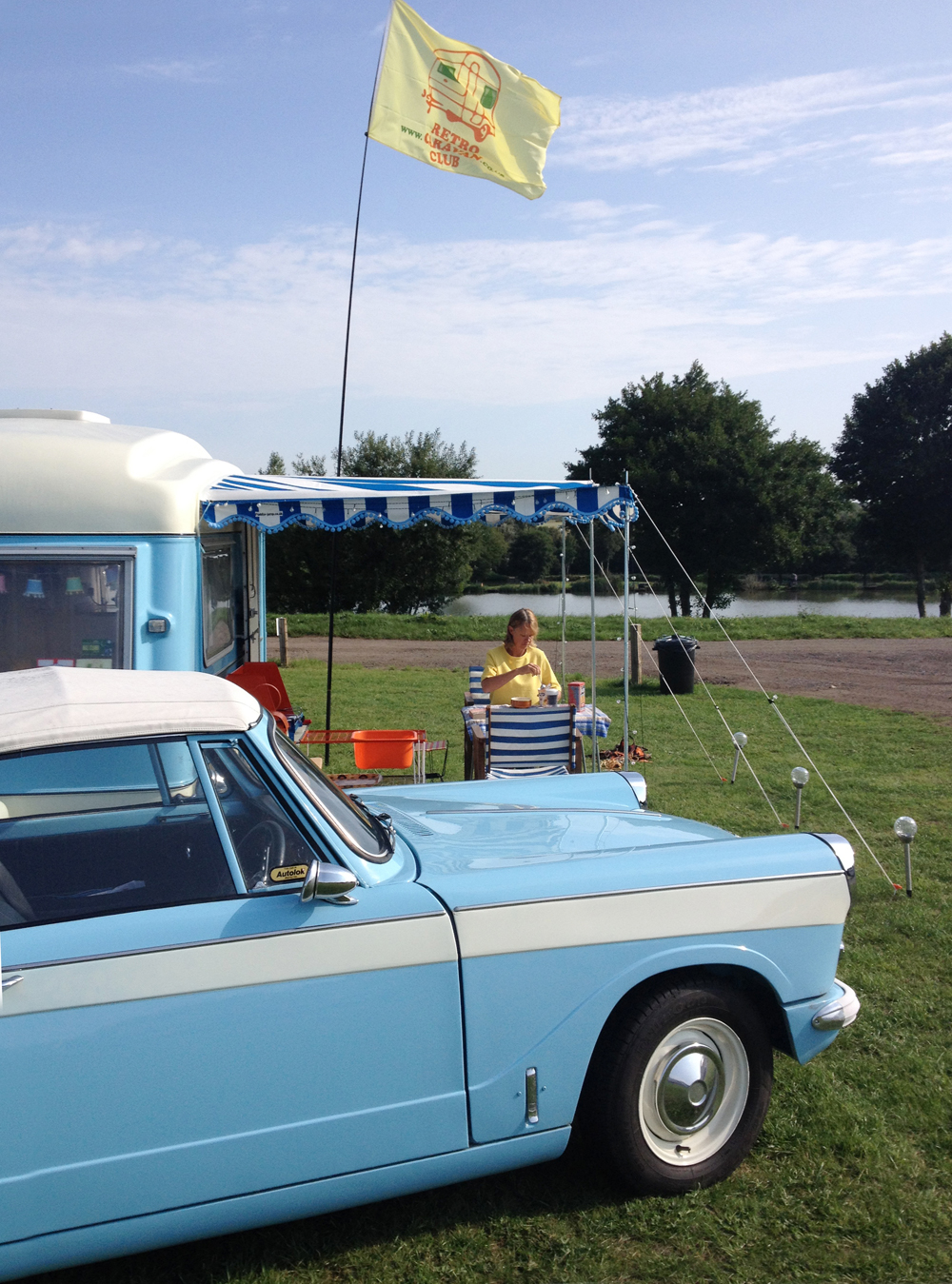 After 2 weeks at home, during which we gave the car and caravan some well-deserved tlc, cleaning, polishing and touching up some of the interior paintwork, it was time to hook-up again for the National Rally at Nuneaton. The sunshine had returned and we had an easy drive to arrive at Makins Fisheries by early afternoon. The rally field was on the edge of some beautiful fishing lakes and there was plenty of room for the 40+ caravans that attended. The whole weekend was great fun as we caught up with friends met at previous rallies as well as making new friends. 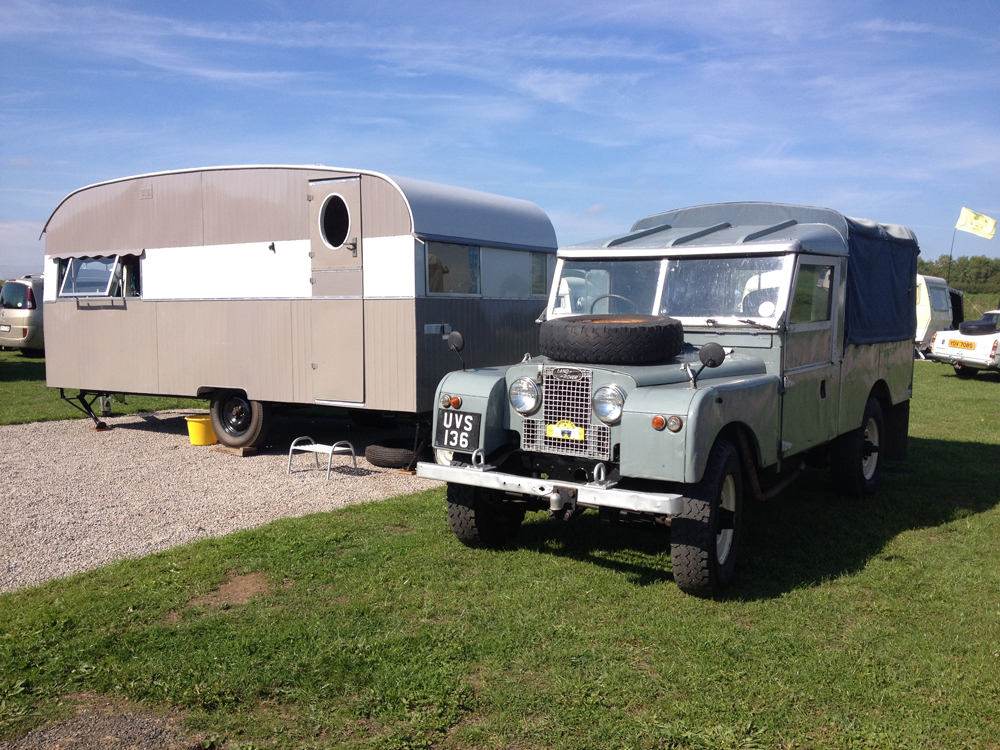 The beautiful Bluebird towed by a classic landcover won ‘People’s Choice’ of best caravan at the rally, with James’s Sprite, towed by his Morris, a well-deserved runner up. 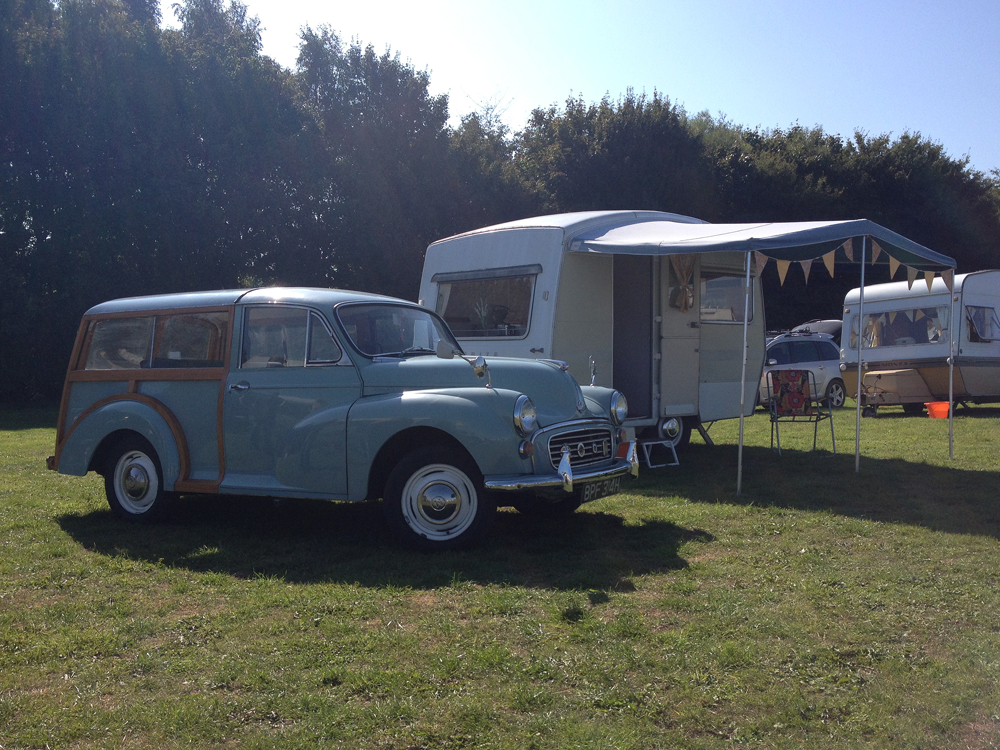 The traditional Sunday coffee morning, which followed the AGM, was also the arena for judging the best caravan-baked cake. There was no argument over the winner – Alistair’s incredible Lemon Meringue Pie (although should a pie really win a cake competition?) 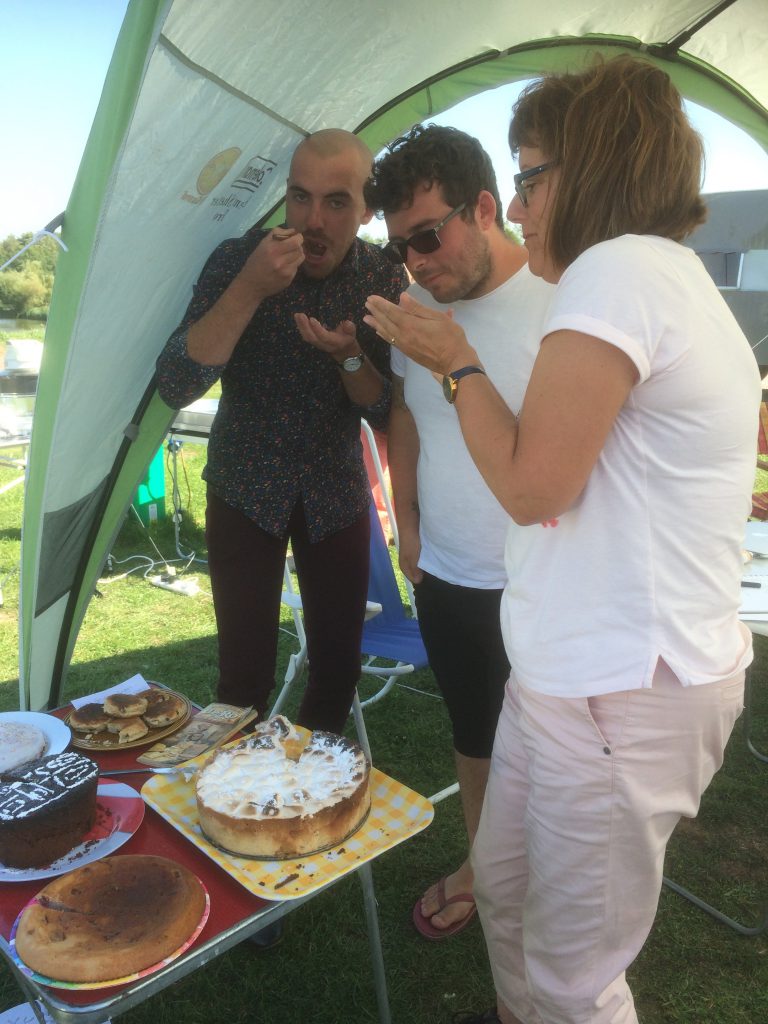 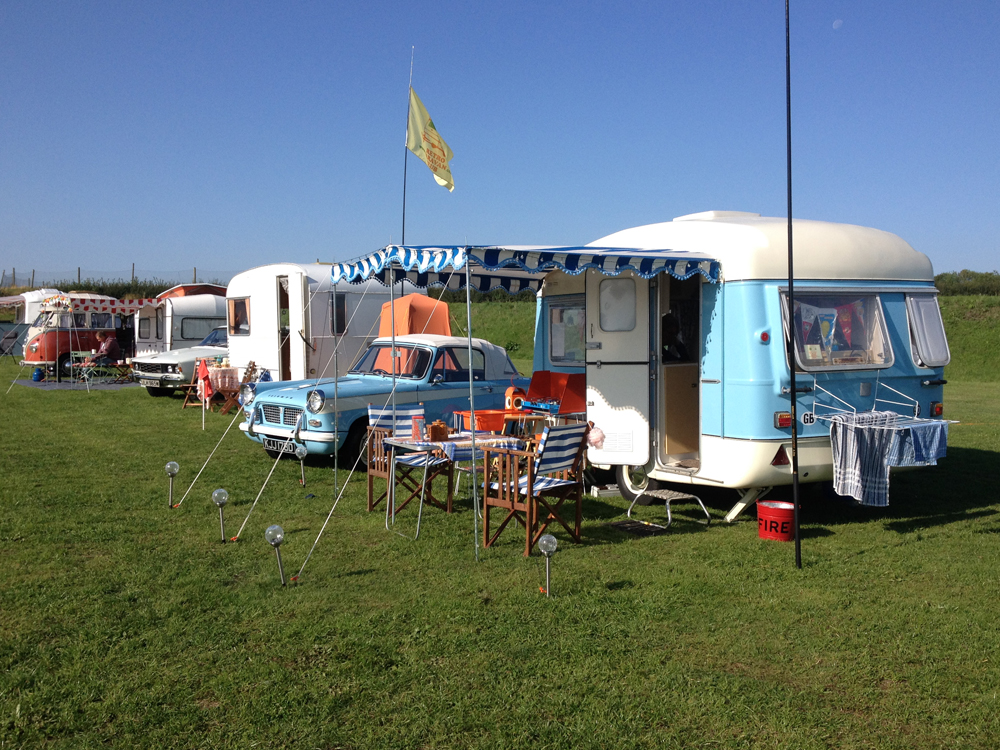