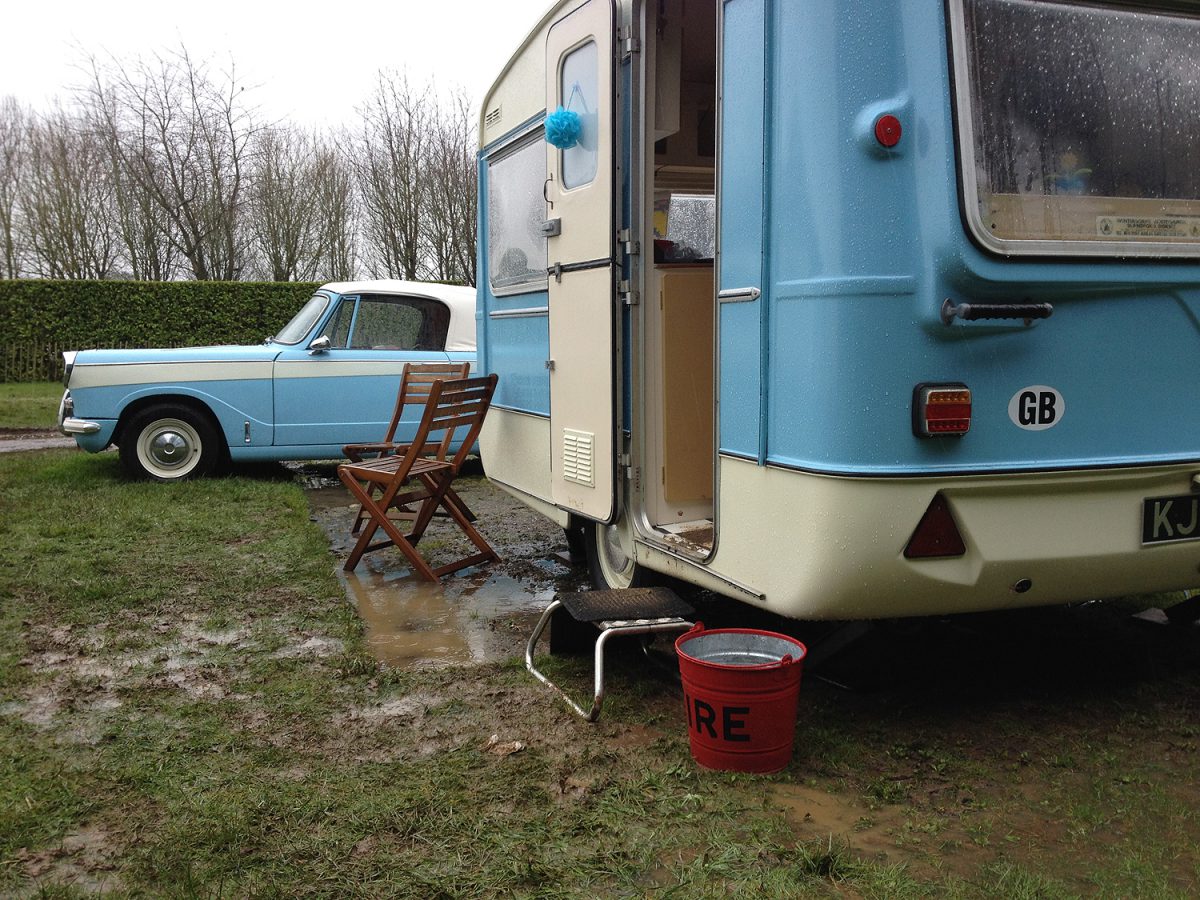 Having ‘volunteered’ to become area reps for the RCC back at RetroFest last August, we were finally ready to host our first rally over the Easter Weekend. As the weekend approached we became a little obsessed with the weather forecast, which wasn’t looking good! Thankfully the early prediction of sleet proved wrong, but the rain wasn’t so easily dismissed. Thursday dawned with some sunshine, and we set off to Banham just after lunch faintly optimistic that we might be lucky. As we checked in we were warned that the ground was very wet, and to try to avoid driving on it, a message that we passed on to others in our group. We were joined on the Thursday night by 4 other ‘vans, then 4 more on Friday. Unfortunately, our hopes for the weather were dashed as the rain was pretty relentless all weekend, with the ground getting steadily soggier and boggier. In true RCC form, though, we didn’t let this dampen our spirits as we got on with the planned activities and socialising. On Friday, all attending members gathered for Fish and Chips at the Trawlers Catch, followed by a pint or two at The Barrel.

On Saturday 12 of us walked to Burnard’s Cidery where we were given 5 different ciders to taste, and a light lunch of sausages, bread and cheese to soak it up. This proved to be a very successful trip, especially as everyone was given a specially labelled bottle to fill with their favourite cider. With the bottles and the barrel of scrumpy to take back to the campsite, everyone was more than happy! Saturday evening saw the traditional quiz, but as the gazebo was looking more and more swamp-like, it wasn’t long before we all withdrew to the shelter of our caravans. As the ground became muddier, so too did our clothes, boots and the insides of our caravans. As the forecast for Sunday was for relatively dry weather, whilst Monday was set for yet more rain, some of the rallyers decided to leave a day early, staying just to enter the Egg Decorating competition and have a piece of cake. This proved to be a good idea as it poured all night. The campsite tractor was kept busy towing ‘vans out of the mud, but this was where our caravans had an advantage over the massive modern ones, as most of ours could be lifted and pushed by hand. Everyone else left on Monday, in yet more rain, but despite the weather the general consensus was that it had been an enjoyable and successful first rally for us.