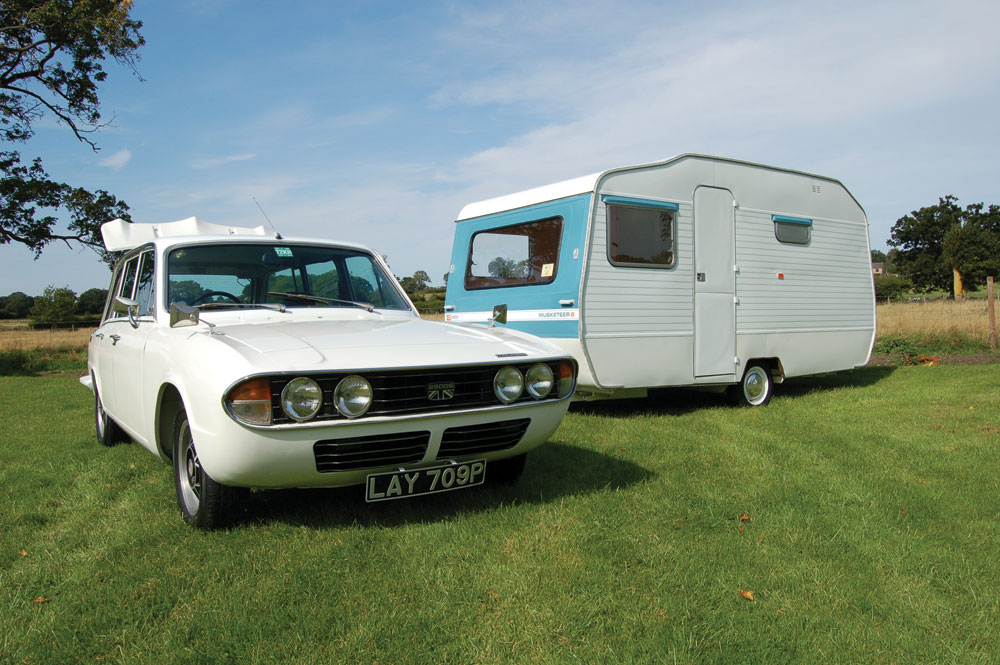 The second part of the Triumph 2500S estate resto. Part one of the rebuild is available here.

With over a year gone by since she was back on the road after rebuilding her underside, I was aiming to have the top side completed in time to take her down to the 2000 Register National.

We were also hoping to tow our 1978 Sprite Musketeer caravan down too. This needed some quite drastic attention paid to it including replacing some of the wooden frame and internal boarding along with a new interior and electrics. This I’d started work on just as lockdown began back in March but didn’t seem to be getting very far and I was getting a bit panicky about getting the Triumph finished.

So, with my deadline for the National fast approaching, I broke off the caravan to get the Triumph sorted. At least if I had that finished I would still be able to make it down there.

There wasn’t too much to do to the Triumph. Most of the major work had been completed when I was rebuilding the underside. The driver’s door needed a new door bottom and door skin repair. Using my earlier mantra that I’d be spending the least amount of money on it, both of these were fabricated from sheet metal that I had.

Along with the odd dink there was various patches of surface rust, the worst of which was the rain channels, quite a common area judging by other big Triumphs I’d seen.

I’m not sure why and I’m sure the purists would disagree but I wanted to make this estate a bit different. When I bought the car the bumpers were in the boot and I liked the de-bumpered look of the front. I’d have to put the rear bumper back on though, to cover the unsightly tow bar.

The chrome on the rear bumper was a bit worse for wear with lots of rust starting to come through. So, again going back to my mantra on using what I had and to save buying a new one my only option was to paint it.

To make matters worse when I tried fitting the bumper it turned out it was for a saloon. It was at this point I thought I might have a bit of fun. I proceeded to de-seam it, welding and filling the corner sections where they join to the centre section.

I wanted to paint the bumper body colour and to make this work properly I really needed to remove the gap between the bumper and the bodywork which, I think, would look a lot better than having an unsightly gap once it was all painted the same colour. This meant moving the captive nut plates into the bumper and adding a piece of metal along the centre section to help close the remaining gap. With everything moving forwards it also meant cutting a section out of the sides to make them shorter as they were now too long and sticking over the wheel arch. To finish it off a plastic ‘U’ shaped trim went between the bumper and bodywork when it was bolted back on after painting.

Now it was down to choosing a colour scheme. Without any swage lines like the Herald or Dolomite the big Triumphs tend not to lend themselves to being painted in more than just the one colour other than a second colour for the roof. I went through a selection of different designs before reverting to something quite plain. I decided I was going to use the same colours as the caravan (I like matching combos). Off-white body with an ice white roof. Compared to some of the designs I came up with this was going to be very subtle.

I did the spraying outside, trying to work around the showers and wind. I’d had a good practice with the caravan and was fairly confident that this should be a bit easier especially with the doors and bonnet off. I managed to get away with only a few runs. The worst thing was the insects. Especially those that insisted on dragging themselves through the wet paint leaving trails that I’d have to sand out when dry.

Now it was just down to the finishing touches. What to do with the bumper mounts that were visible when the bumper was removed? I did contemplate cutting them off. But that would still leave me with two gaping holes. They would need some sort of grille over them and I decided to try to match the main grille above by hand fabricating them from scratch. This allowed me to leave the bumper mounts there as they became a lot less noticeable. Apparently, according to my good lady, when I grow up I’ll put the bumper back on and hopefully this should suffice until that doomed day arrives.

Oh and the last thing was to redo the grille badge which unfortunately got damaged while on the rotisserie. Again doing something just a little bit different. I reckoned that if German built Minis can have a Union Jack on them then the Triumph certainly deserves one. 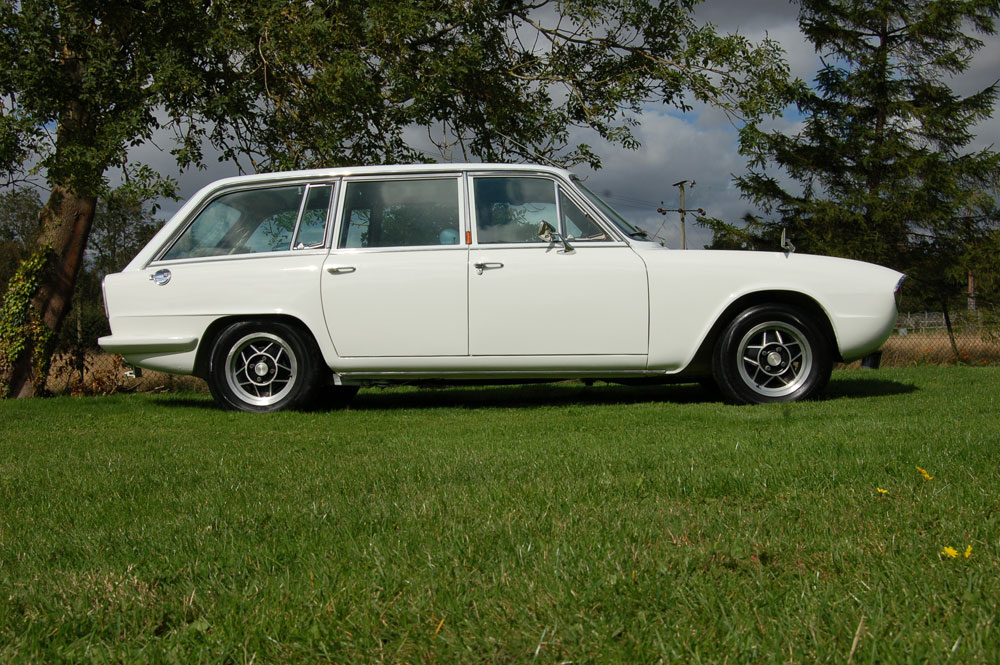 So now I’ve ended up with a car that, while I’m sure isn’t to everybody’s taste, I’m well pleased with it. The intention was always to do as much of the work as I could myself and as cheaply as I could. I’ve no idea how many working hours it has taken although apparently and again, according to my good lady, it’s quite a few. It was never intended to be restored to concourse standard, rather a working classic that can be used in all weathers. Something I’m not going to be too worried about if it gets the odd supermarket dent.

Of course, as it turned out the National was cancelled due to Covid which, as far as deadlines was concerned, was just as well because there’s no way either would have been finished on time.