Totally Triumph camping weekend in Norfolk was the first showing of our combo. Driving from the campsite to the show field on the Sunday we parked up next to a Triumph Acclaim. The Acclaim was owned by Simon Goldsworthy, editor of Triumph World magazine. He showed an interest, not just in the combo but in particular the 2 litre Herald which he said would make a good article in its own right.

With the exchange of telephone numbers we agreed to get in touch after our Europe trip. There was also some tidying up I wanted to do on the Herald including the long awaited new carpet.

After a bit of toing and froing we finally agreed on Sunday 25th June. With a local campsite up the road chosen as the venue the photo shoot was soon upon us and so began an interesting few hours driving the Herald around for different shoots and watching Simon going up ladders to get the perfect shot.

Then began the long wait for the publication date, two months away it proved to be a very long wait. But oh so worth it. 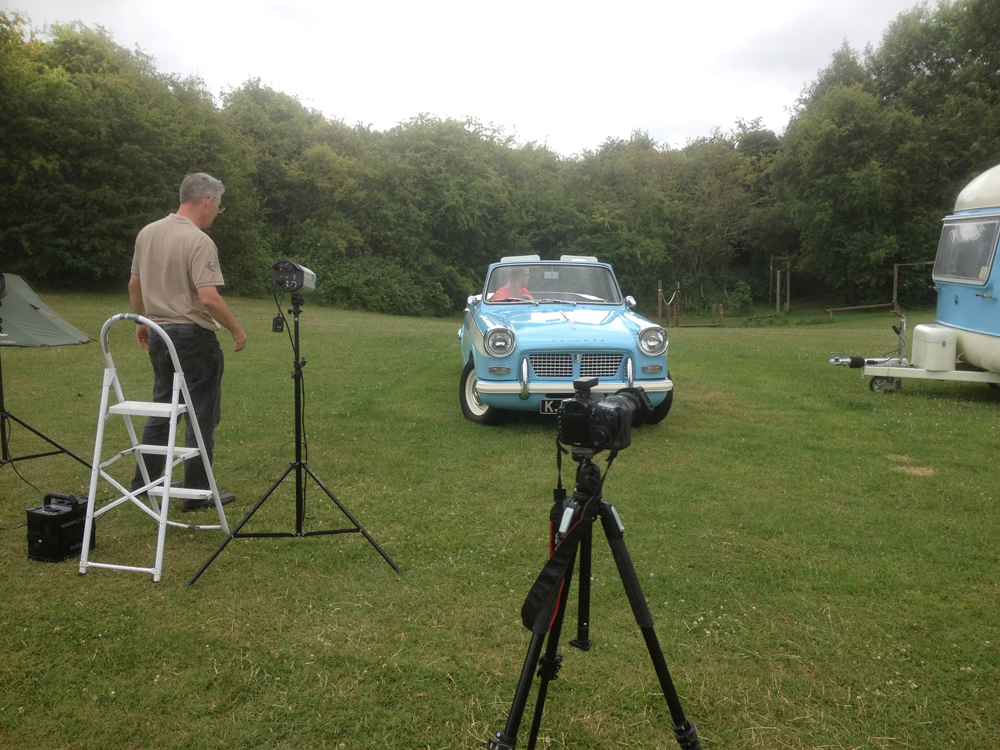 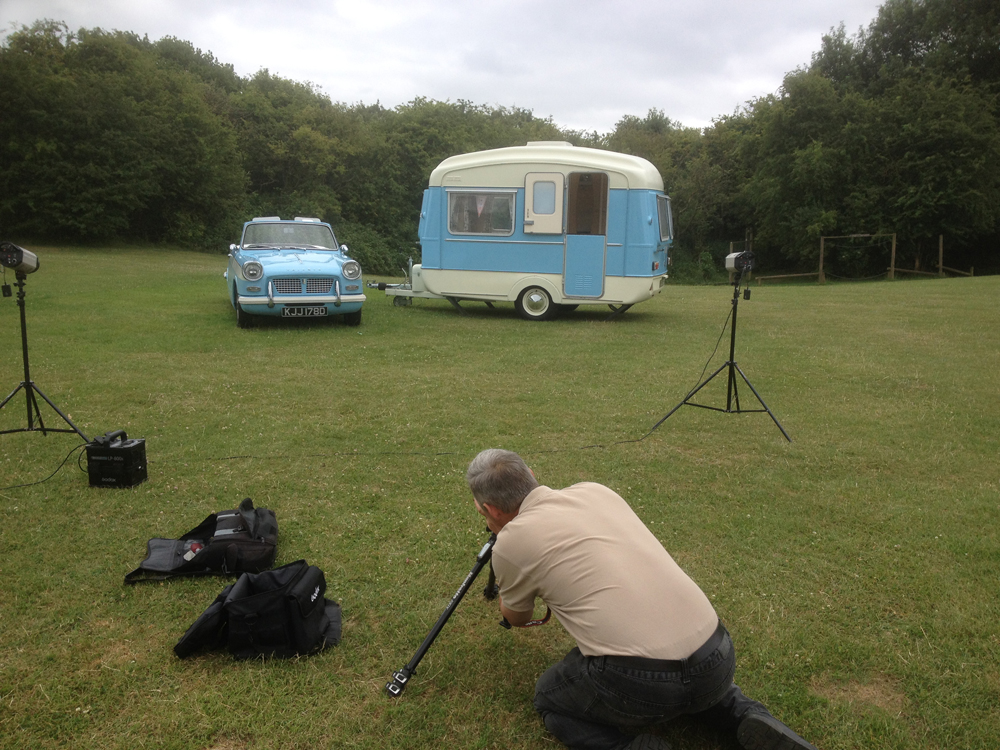