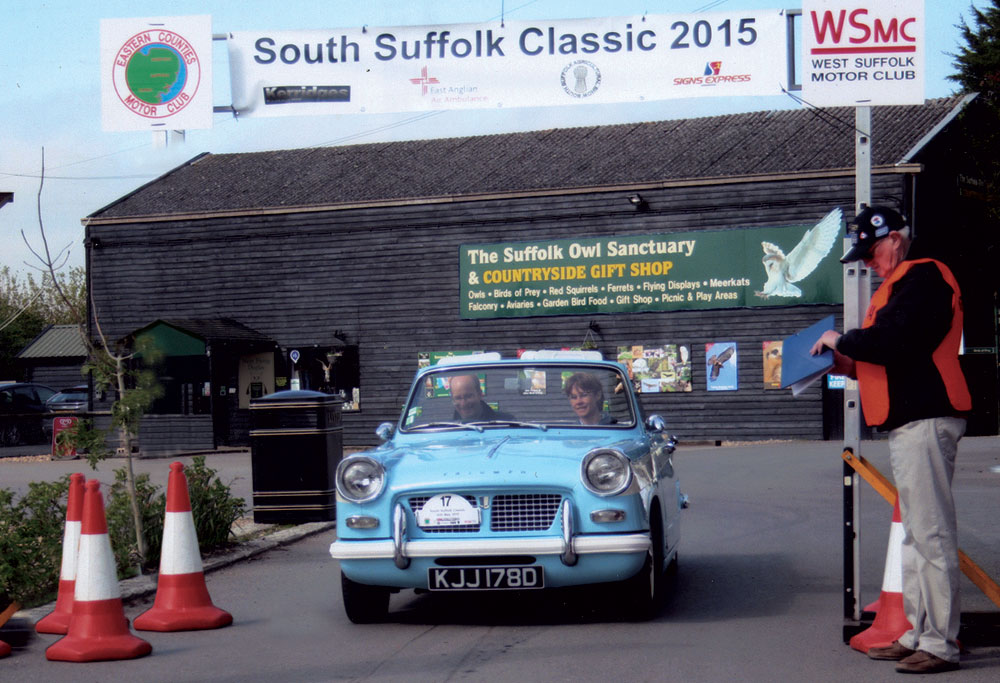 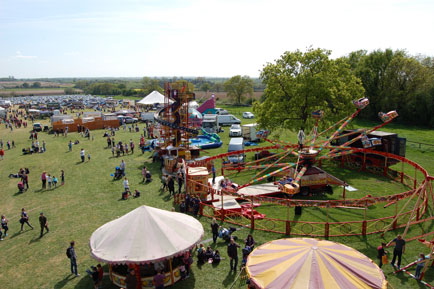 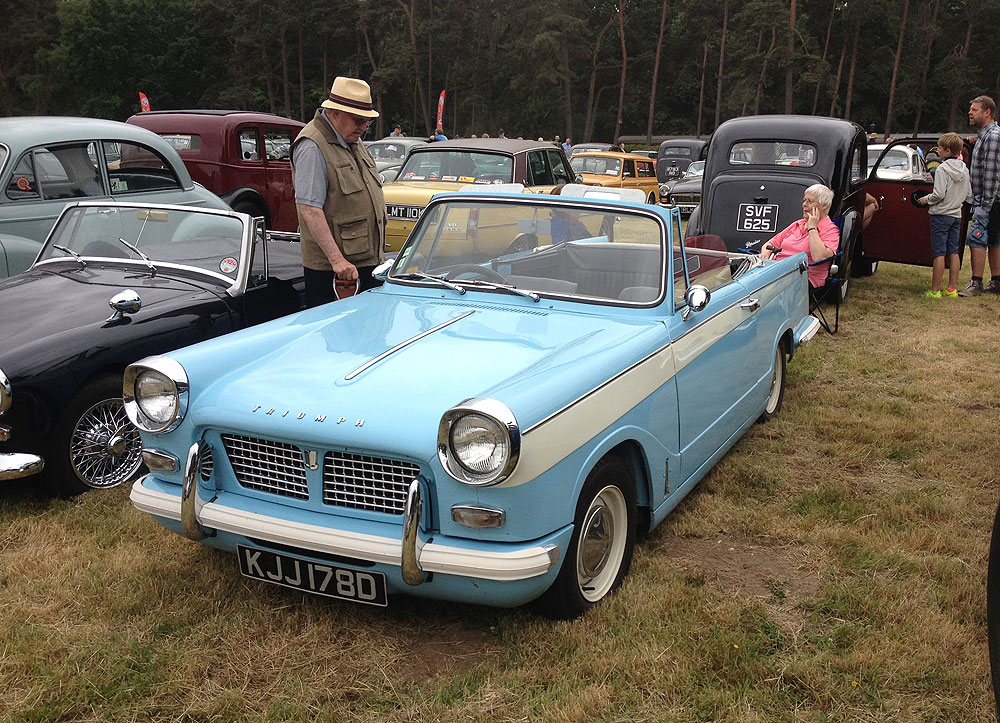 First time to this classic car show. Spent the Saturday night in Sutton Bridge enabling us to pick up parents in the morning for the day out, so my usual passenger was replaced by Christina’s dad, who was quite happy to have the roof down until he realised how cold it was. Day before had been scorching. Sunday turned out to be colder and wetter. But managed to have a wander around the cars and get on a train to Sheringham for lunch before the rain started. Caught a bus back, had a look around the 60s market that was also there. Shame about the weather but it was a great show and being able to go off-site by train or bus made for a much more interesting day. 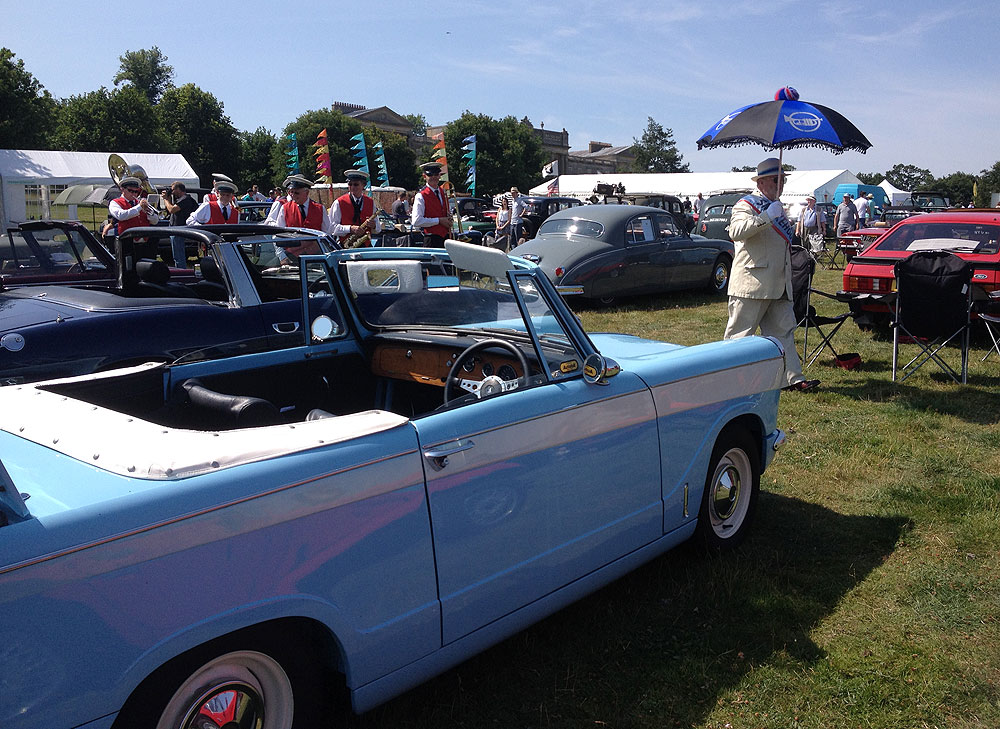 Third year in a row for this one. Got there in time to walk around the bootsale and then a wander around the cars with around 300 on display. Main ring display included dog agility, birds of prey and a procession of cars. Live band were good and helped while away the time. Good showing of Herald 1200s with four counted. 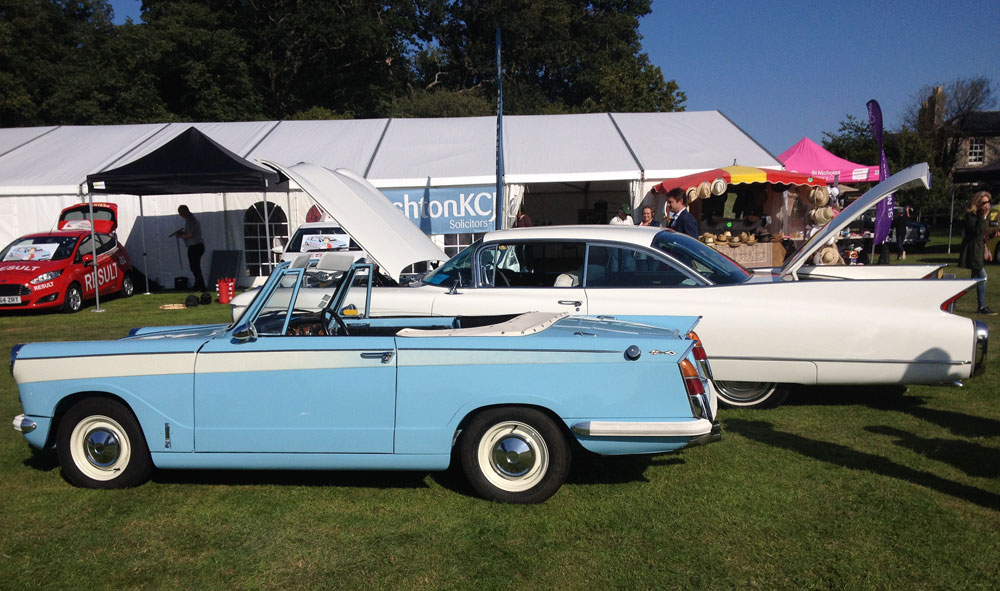 A cold morning meant a chilly trip to the show with the roof down. Rest of the day turned out to be nice and sunny. With over 600 cars there was some really nice examples including a very nice Sunbeam parked next to me and a nice Herald Coupe I hadn’t seen before. Second year for this one and I’m beginning to realise I need more to do than just look at cars. There was a few amusements for kids but not much else although judging by the crowds it has become a very popular event. Good to catch up the a number of friends, all in all a good day.

Been a few years since I’d been to this one. Met up with a couple of Stags and a TR for the trip along the A14. Roof down on a chilly Sunday morning. Thankfully the day got warmer as the day went on. Managed to fill the parking area with some really nice Triumphs. Spotted a Vitesse with a tow bar that might just work with my twin exhaust, so will we be caravanning next year? 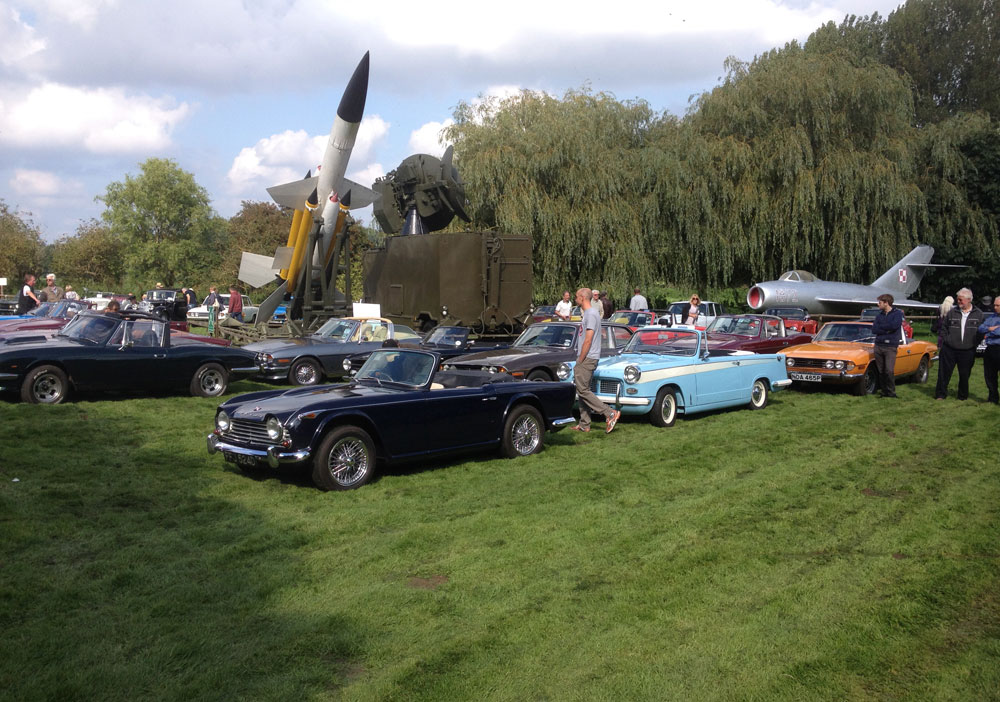 Three day event organised by a number of Triumph Clubs – Stag Owners, TR, TSSC and Club Triumph. Missed out on the Friday night meet and greet but made it up there on a nice sunny Saturday morning for a wander around the show field. Some really nice cars including a couple of Vitesses – one won best tin top and the other was runner-up best rag top. Good to see a couple of small chassis Triumphs doing so well with the number of Stags and TRs in attendance.

Staying over on the Saturday night meant we could go to the meal and dance at the Hermanus holiday park both of which were great.

Sunday morning saw us waiting in the field in the sun for a run through the Norfolk/Suffolk countryside. With only a couple of wrong turns we ended up at Flixton Aviation Museum for a classic car show which included a fly-past be a Dakota. Amazing the feelings you get from seeing and hearing these old aircraft close up, very evocative.

Great time had, hopefully the turnout was enough to make it worthwhile organising again next year. 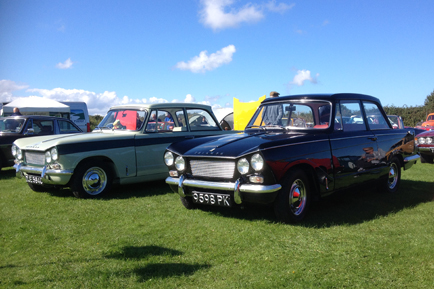