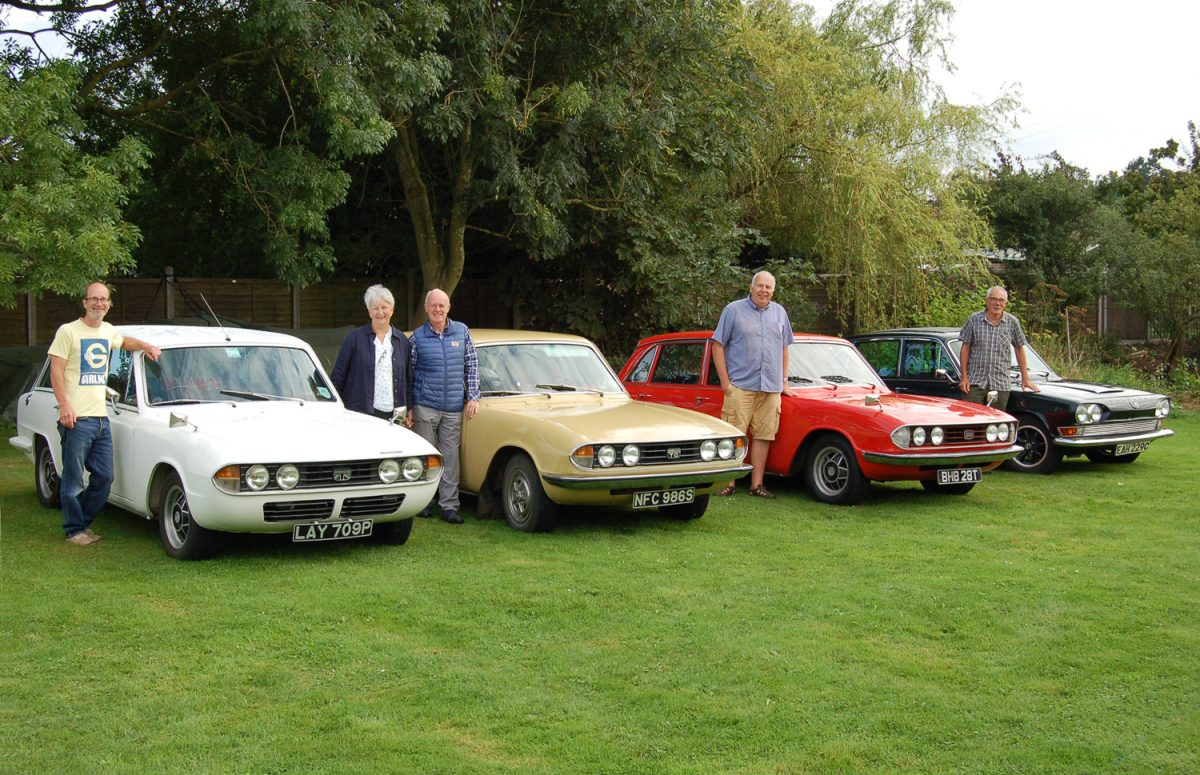 Another run we were organising so not able to do, as much as I wanted to. Originally set for July we postponed it after the lockdown was extended. The run was from Wymondham to our garden at Saham Toney for tea and cakes.
We had nine turn up at Wymondham for a damp start to what turned out to be a somewhat wet run.
Wymondham Abbey, a windmill, a couple of churches and near the end the run split in two to take a clockwise and anti-clockwise circular route through Castle Acre enabling a bit of head on Triumph spotting.
A further seven classics joined the line up at the finish in ours, making 14 in total or 16 if you count a Rover 75 and Honda S2000 as a classics?
Not for the first time the big Triumphs were the most popular with four lined up at the end. Three Spitfires, a couple of TR7s, a couple of Vitesses along with a TR6, Herald and a Ford Capri. And of course a showing of classic caravans.
We were joined at Saham Toney by a number of local residents who came along for the tea and cake a look at the cars.
The donations came to a quite respectable (for such a small gathering) £270 of which £200 will go to the East Anglian Air Ambulance and £70 will find its way into the club coffers. It was great to be involved in such a friendly gathering. 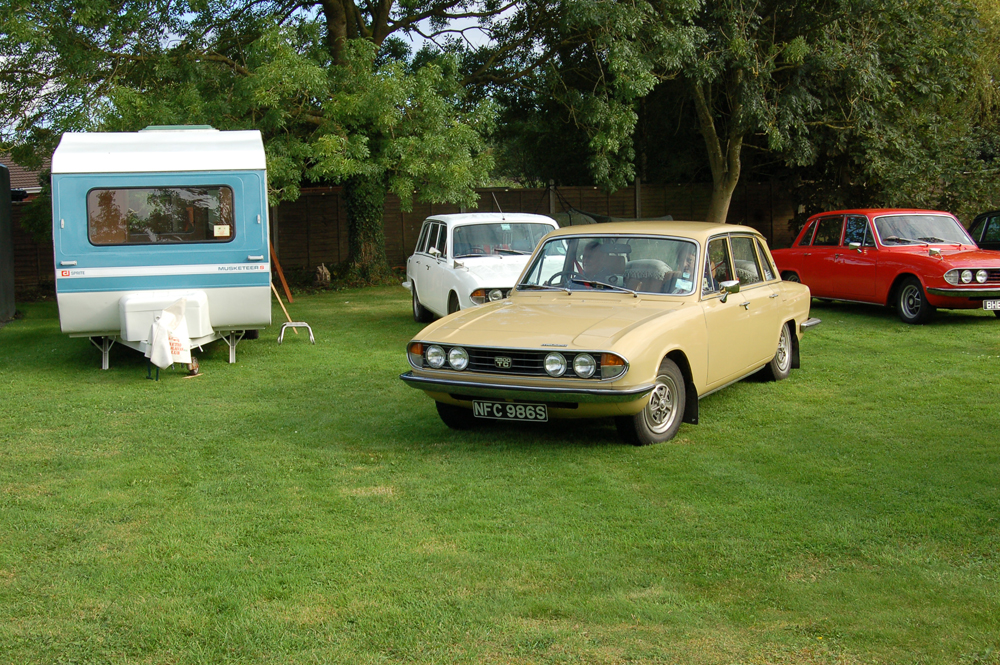 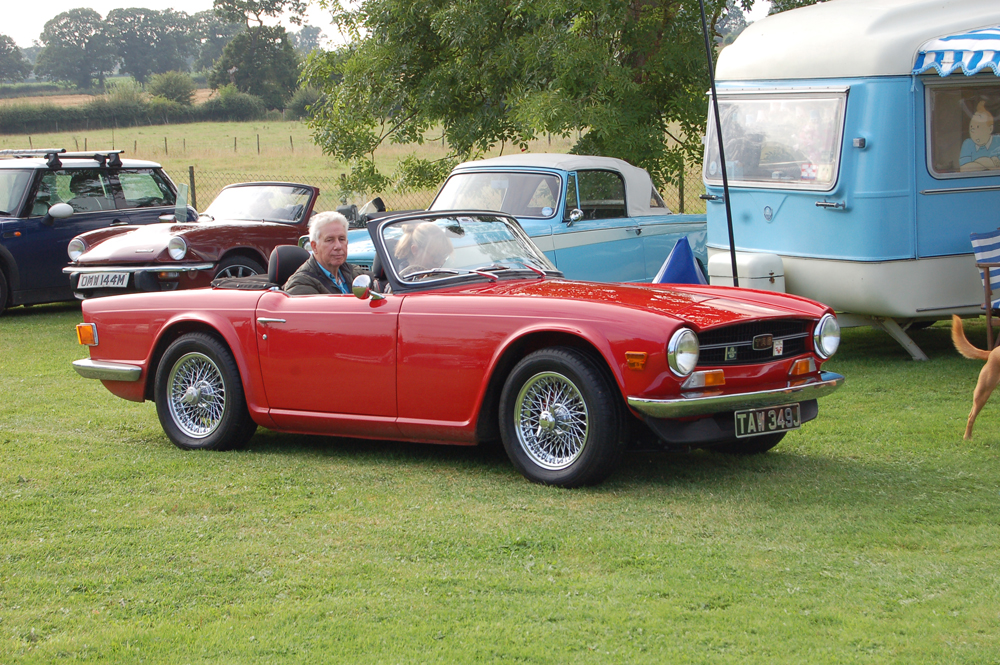