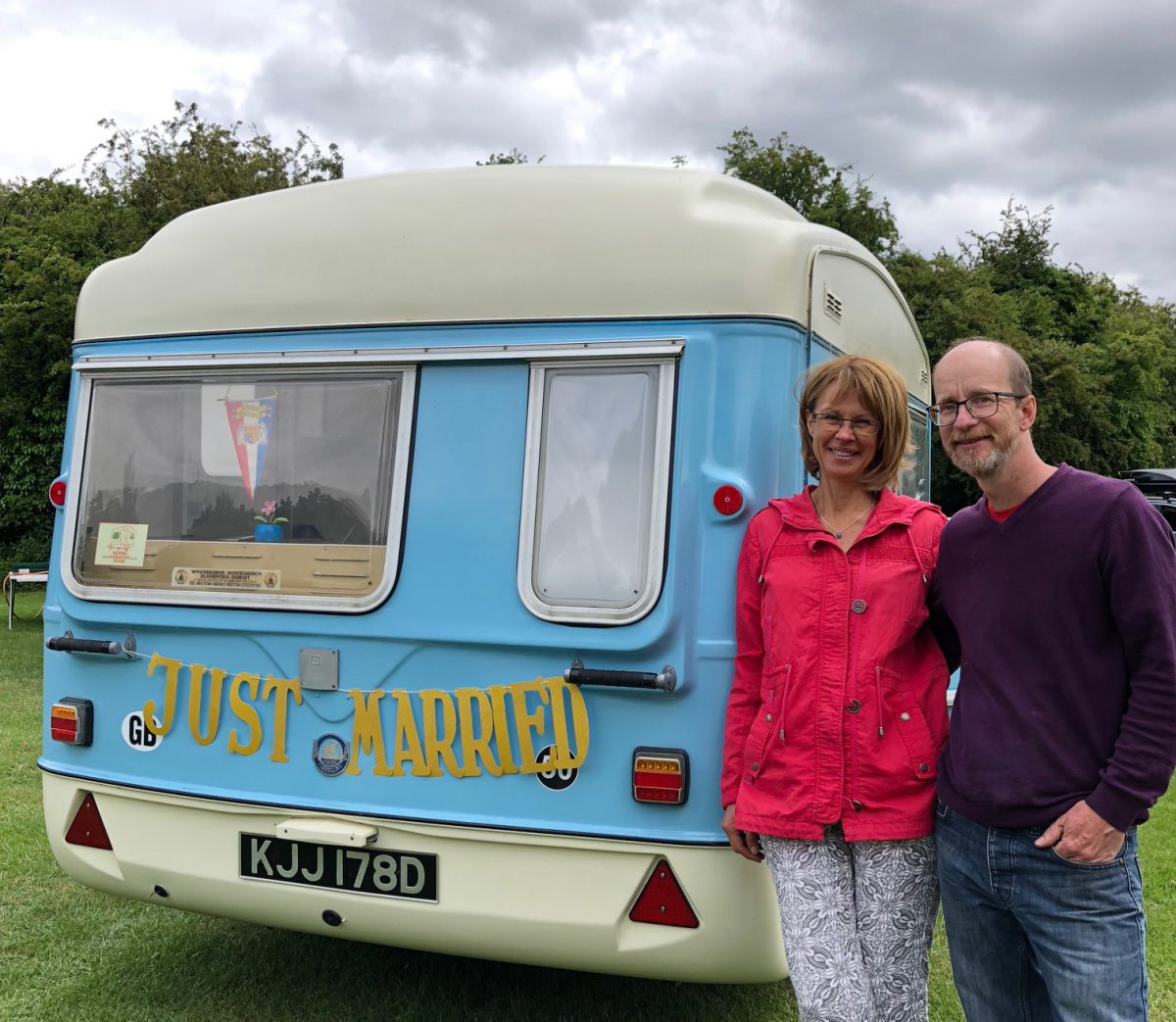 Following 3 weeks of non-stop work trying to get the house ready for our wedding, we had had a fantastic day but were both ready for a break. After cooking bacon rolls for those that turned up on Sunday morning and a doing a good tidy up we set off with the caravan. First stop was a one night treat at Lynford Hall Hotel. On the way we popped into Brick Kiln campsite to say goodbye to the RCC rally goers and other friends and ended up leaving with a “Just Married” sign on the back of the caravan. 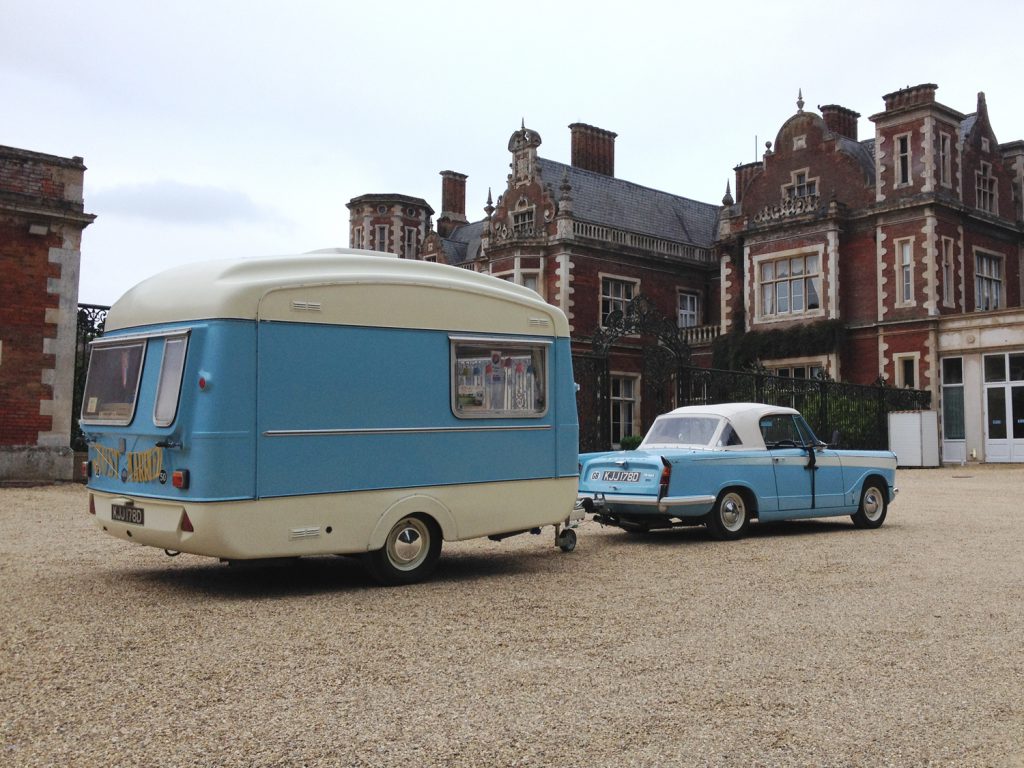 After our first night at the hotel, we were soon heading along the M11 to the M25 and Dartford crossing. Our usual one or two beeps a journey had increased 10 fold thanks no doubt to the sign on the back.

Arriving at the pre-rally campsite we had chosen just outside Maidstone we started to realise how little prepared we were for our holiday. First trip would be a supermarket followed by car spares shop for some oil.

We had to pay an extra £2 for our new canopy but it was well worth it. Finally a bit of shade we could sit under instead of moving around the caravan as the sun went through its course.

So followed three days of total R’n’R interspersed with a trip to Sheerness on the Isle of Sheppey and a wander around Maidstone.

Last day at the campsite and after getting told off for washing the car we hitched and took the slow road to the RCC rally at Fairfield Farm. Bravely parking the combo in the high street at Rolvenden we visited a small motor museum there. The museum housed mainly Morgans but there was also a rare Bampton caravan on display, which caught our interest.

We seem to be getting almost blasé about where we go and were we park with the combo as we stopped off at the Sovereign Light Cafe in Bexhill for some lunch and to pay homage to the Keane song. Again, parking on the side of the pavement.

This was followed by taking a combination of town centres and single track roads to our final destination, Fairfields Farm for the RCC rally.

This turned out to be a very restful weekend with the occassional cream tea and strolls around the area. The last day soon came around and after the usual coffee morning we set off home. Taking the side roads again we stopped off for a pub lunch in Eynsford. Yet again parking in the High Street. Then it was what appeared to be the long drive on the M25 and M11 to home.