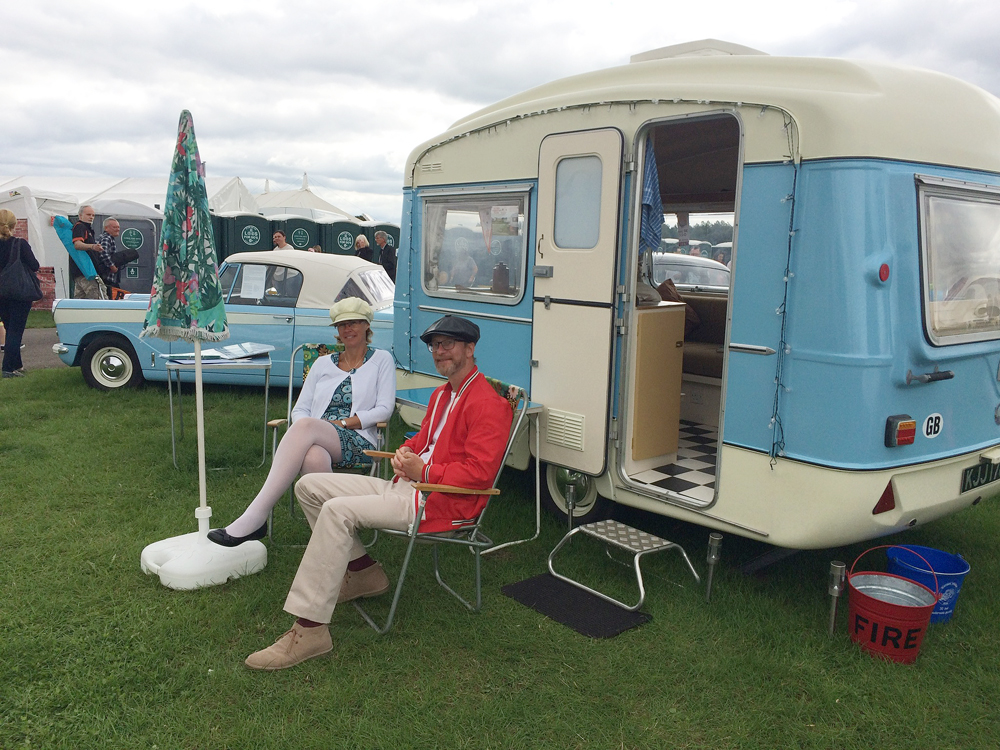 Having made a quick turn around since returning from Rutland, we were ready to get back on the road early on Thursday morning for the much longer drive to Newbury. Paul had found a stop-over about half way, which we thought was an American Diner but turned out to be a lorry stop. So, we found ourselves driving across a pot-holed yard between massive lorries, then joining a very male-dominated café for an all-day breakfast. Although a little intimidating, it was much cheaper than a regular motorway services, and we did get some admiring glances from the truckers!

We arrived at the showground just after 3pm and were thrilled to be met by Christopher of the Retro Caravan Club (RCC) who directed us into a prime spot right at the front of the row. There were already several caravans there (soon to be over 80) and we soon got ourselves set up and went off to chat to friends. Friday was the main day for exhibitors to arrive and it was interesting to watch as the various stalls were set up. There was music in the evening in the Black Hanger marquee and most of the food outlets were open. We had quite a bit of interest in the combo, from other exhibitors who were walking round and, despite the cold weather, we had a good day. The RCC had organised a Hawaiian themed party for the evening which was fun, although the cold wind sent us back to the warmth of the ‘van before very long. 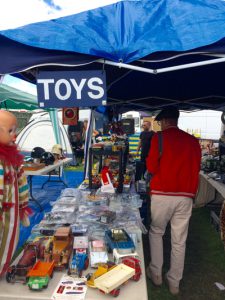 Saturday and Sunday were the proper show days and from 10 am on both days there was a steady stream of visitors into the show. Being at the front of the row meant that we caught the eye of most of them and so we spent lots of time chatting and answering questions, sharing reminisces etc. We also had time to leave our pitch to look around the show and picked up a few bargains (best one being Christina’s 1960’s coat which was definitely needed on the Saturday when the cold wind continued to blow) and listening to music in the various marquees, our favourite being the Ricky Tic where we danced to 60’s and 70’s Mod/Ska/Reggae bands. We were reluctant to leave on the Sunday, but had to get back for Monday morning, so we packed up and were on the road by 6.30 which meant a late drive home, arriving back just after 11.00. A great weekend and one we will definitively do again.