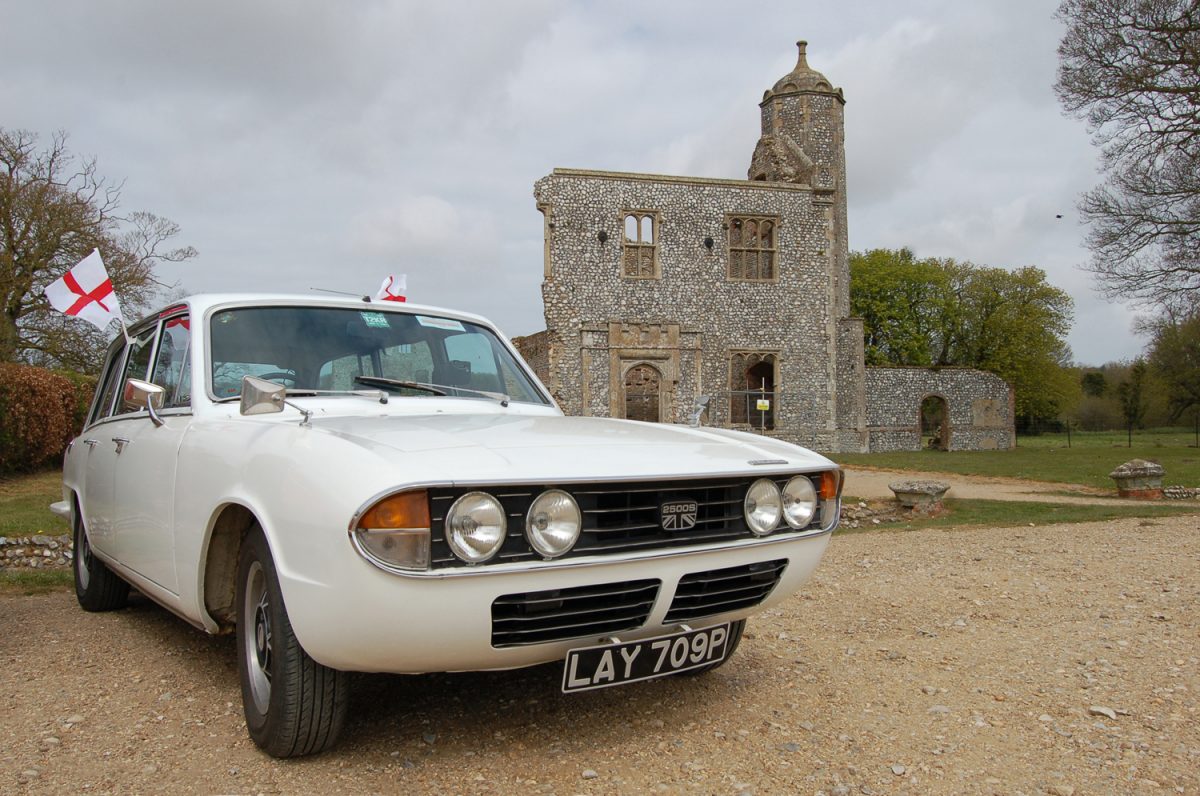 Things finally seem to be happening! For our first run out for 2021 we organised a Scatter Treasure Hunt for Drive It Day similar to last years. To help comply with the Covid restrictions we had a selection of six possible start points that, which combined with a variable start time, reduced the risk of any “bunching” up at the start. The rest of the venues could be done in any order chosen.

The venues included a ruined castle and church, craft centres and a country park. Three points were given for correct answers but most of the points were given for spotting other cars on the run – three points for spotting one at a location and five points if the navigator managed to snap one on the move. There were also two double pointer bonus cars this year just to add a bit of excitement.

We had 14 classics turn up including a hat-trick of big Triumphs, making them the most popular model on the run. Other Triumphs were two Spitfires, two Vitesses, two TR7s, and a TR4A. Non Triumphs attending were two MGBs, a Trans Am (the double pointers) and a VW camper.

The winner, with a total of 74 points, was the Rutter clan from the TSSC Cambridge area. Runners up were Andy and Gill followed closely by Steve and Delia.