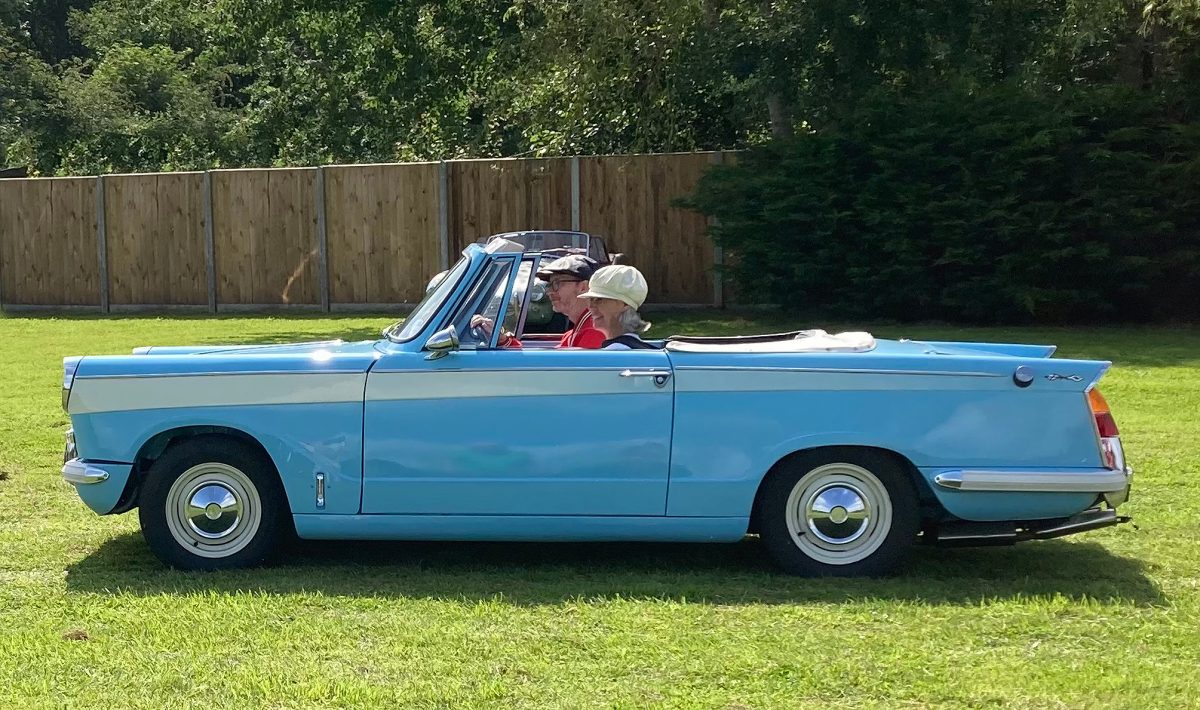 This was the first run we’d been on in ages that we hadn’t organised. Starting at the Skeyton Goat with a bacon roll and a cuppa sharing a table with stalwarts of the run Kevin and Lou.

With our route map duly picked up and the official photo taken with the starting banner we were off.

Slightly different to the usual tulip route that we do in so much as there wasn’t any mileages given, just directions. Which, according to my navigator, actually made it easier.

The atmosphere was very friendly if a tad old. We spent the first part of the drive stuck behind an MX5 being driven very sedately.

Incidentally the MX5 seemed to be one of the more popular cars on the run, not what you’d call Classic but it does seem to be the car classic owners resort to when they’ve had enough of old cars. No surprise really because the are good cars that still has the old sports car feel.

We took a break at the Langham Dome (a restored anti-aircraft training facility) where, possibly not be chance, the East Coast Retros had arranged a meet up. Now on our own and Mazda free we could set our own pace.

Next stop off we took was the ruins of Binham Priory with a coffee sign. This turned out to be machine coffee so was declined by the navigator in favour of a plant.

Driving along the north Norfolk coast the clouds turned very dark and five minutes later the rain started. Thankfully we didn’t need to stop and the speed we we’re going g meant the rain went over the car keeping us dry.

We arrived at Creake Abbey just in time for lunch. 70 odd miles without a mistake, my uncertainty of using a route map without miles between junctions specified was totally unfounded. A great day to take the Herald out. It was about time she had a really good run.

For more information on the rally: www.charlesclarkrally.co.uk 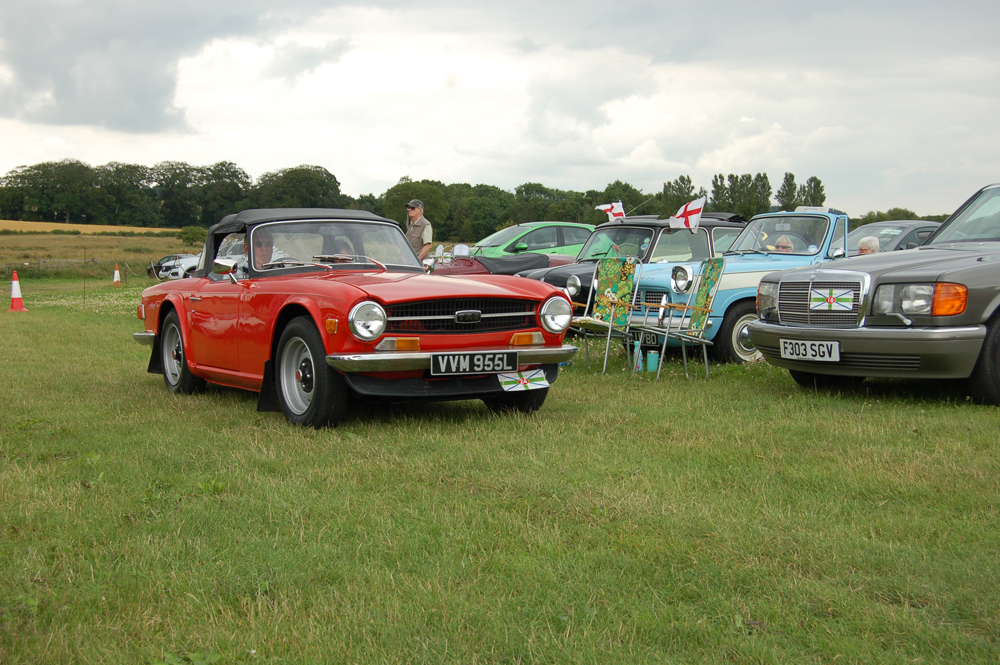 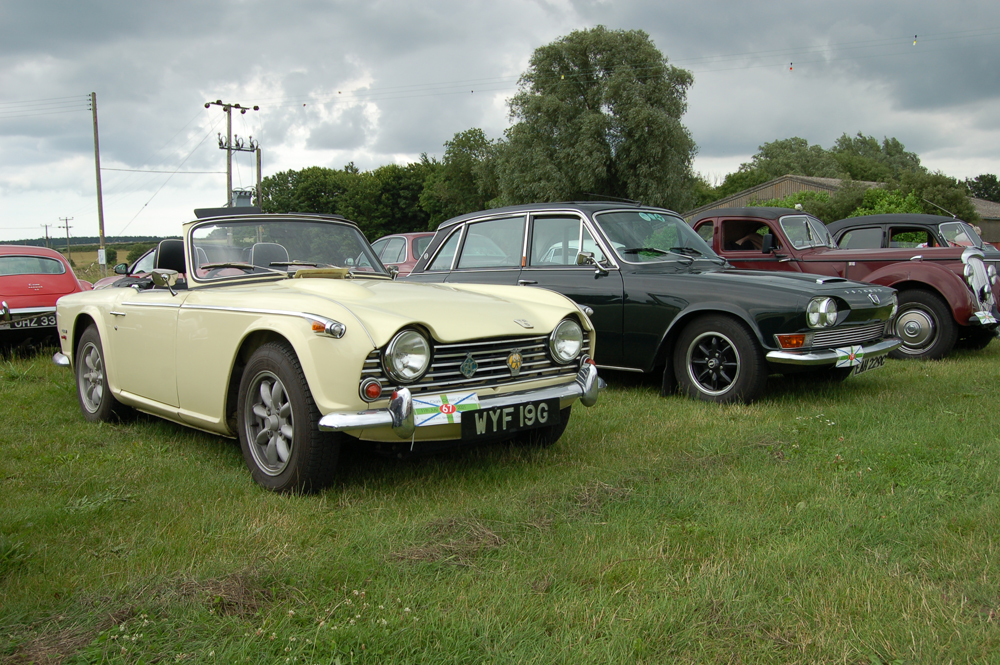 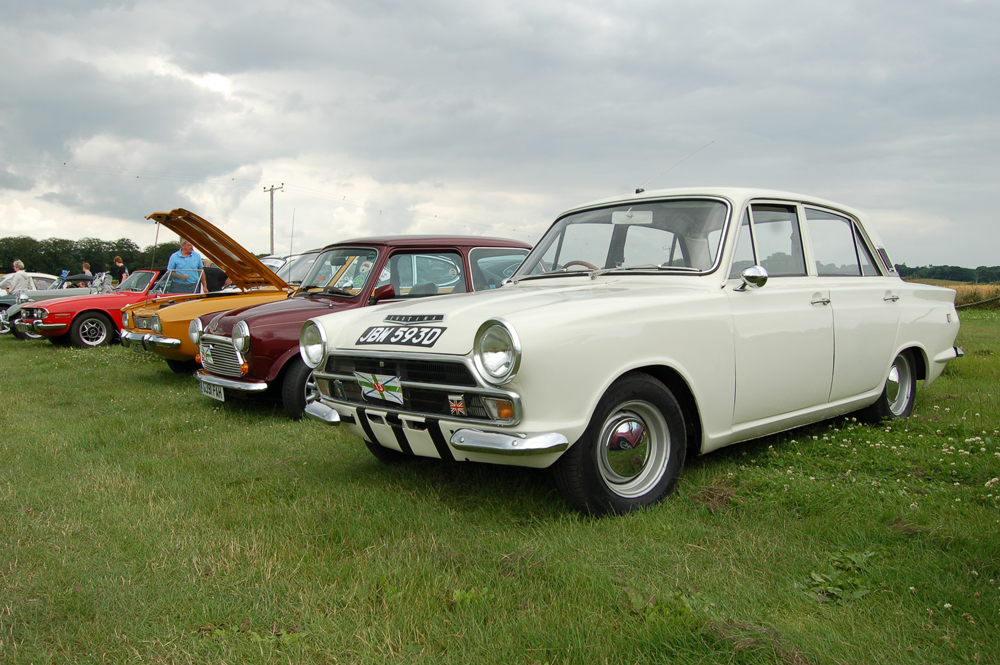 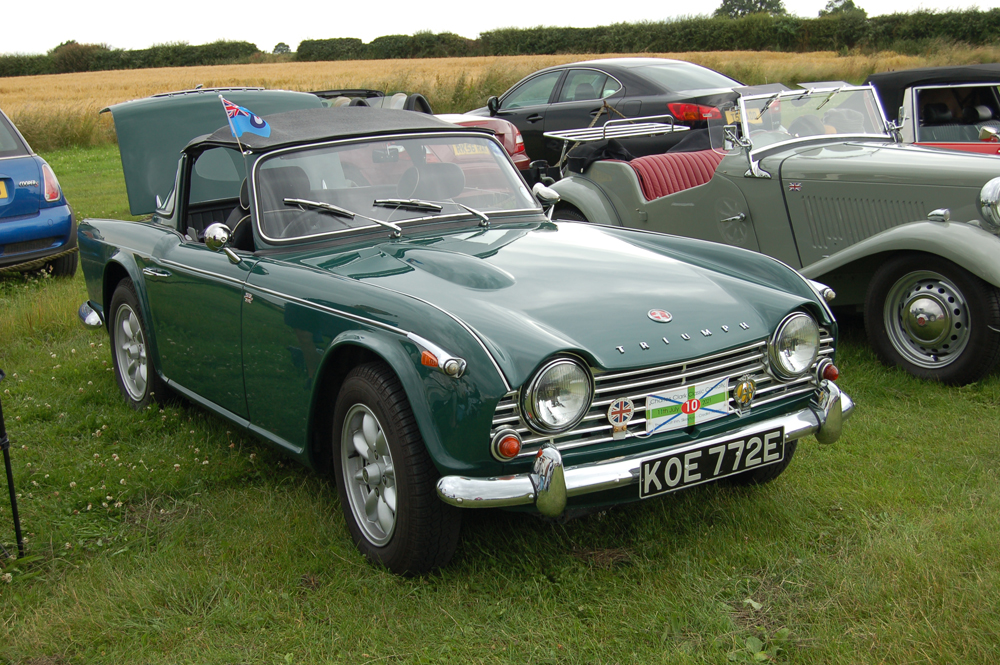