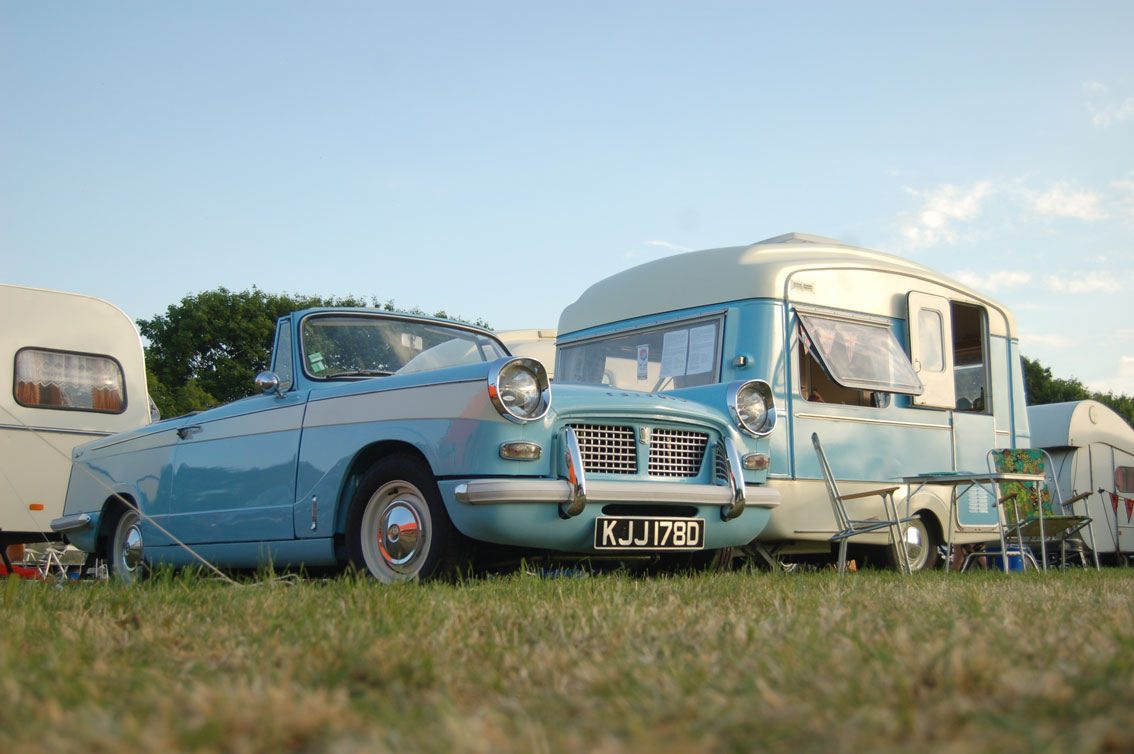 So, the time had finally arrived, the night before we were due to set off for our trip to Europe. It had seemed like a good idea at the time, back in November, when we realised that the European Classic Caravan Rally in Wanroij, NL and Laon Historique in France were being held on consecutive weekends. “We could go to both, and have a holiday in between, it will be an adventure!” we said. Now, on the night before our departure, all we could think about was how good it would be to be back home and able to say, “we did it, and survived!”

After declaring he wasn’t going to get up ‘that **** early’ Paul was actually first awake the next morning, which meant a leisurely tea and toast at 3.45 and some last-minute packing before setting off to the now infamous phrase “…this is it then?”

The journey all went well, with Paul ever-grateful that we had managed to source a pair of solid wing mirrors and Christina pleased with the help of the new TomTom, meaning that we arrived at Campinglaan1 at 20.45, as predicted. We stopped at the reception and were told that the rally was down at the far end of the campsite. This is where the problems began! We drove down what we hoped was a road, dodging small children on bikes and scooters, and avoiding glares from their parents, until we got to the area that the receptionist had directed us too. There were some vintage-looking Citroens in the bottom few pitches, but nothing resembling a field of classic caravans. We got a round of applause as we drove through the middle of them but by this time we had realised that this was not where we should be. Even the best tower/reverser would have struggled to turn around at this point so the only way was forward – through the washing up area, around a family BBQ and, piece de resistance, right through the middle of a children’s football pitch with wide-mouthed spectators too shocked to stop us. Eventually a very nice Dutch lady came to help with the words “you seem to be a little lost”. After a few more embarrassing moments we finally made it to the ECCR rally where we were delighted to have Lyndsay introduce herself as our neighbour by thrusting two glasses of Pimms at us!

The embarrassment of our arrival was soon forgotten as we set up and sat down to enjoy the drink and a sandwich (declining the invitation to join the RCC quiz) and so began a fantastic weekend in the company of some really lovely people with their equally lovely caravans. The weather was perfect (maybe even a little too hot at times) and we enjoyed getting to know people who until now had been names on Facebook. The Rally hosted a ‘caravan jumble’ on Saturday and an ‘open-van’ day on Sunday which helped everyone to chat and share ideas for their caravans. 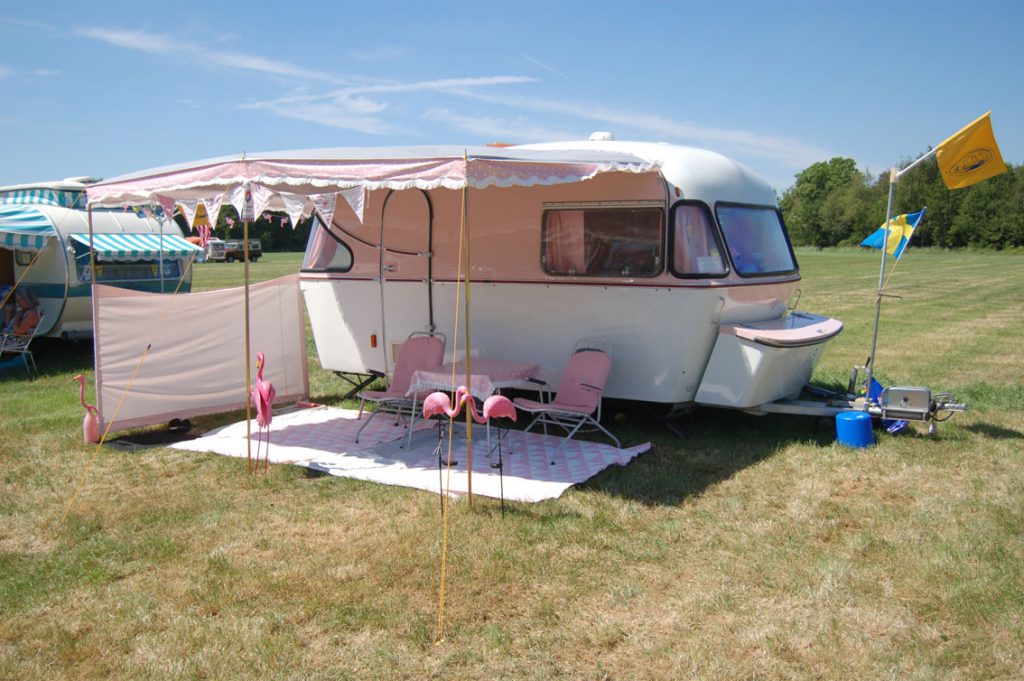 We departed the ECCR on the Monday, attempting a convoy with 4 other RCC members to a campsite in Belgium, but we struggled to keep up with them in their modern towcars and, about halfway into the journey, experienced a really scary ‘wobble’ as 3 lorries in succession passed us, causing the van to start snaking. After that we decided to slow down to our own pace, and met them at the next campsite. Another spectacular arrival followed, this time involving 5 classic caravans trying to turn around on a single-track road very close to the edge of a lake, whilst being given very loud encouragement/instruction/advice by several Belgians. Our stay at Klein Strand included a bus ride into Bruges, and lots more lovely, sunny weather.

On the Wednesday we broke off from the RCC and went solo to Manoir de la-Bas for 2 nights, before meeting up with Nigel and Jenny on Friday for the final destination, Laon.

We arrived and got set up just before the threatened storm arrived, a torrential downpour with accompanying thunder and lightning which lasted for well over an hour. We opted out of the 100-mile tulip route as we felt we had done enough long-distance driving, and instead did some sight-seeing and shopping in the town. Sunday was the day that Paul had been looking forward to, with the high-speed chase all around the town and up and down the hills. The reality was, at first, a slow-moving traffic jam, but eventually as cars began to drop out, Paul managed to get up enough speed to cause slight screams and just a little expletive from Christina as he whizzed round the hairpin bends.

Finally it was time to head for home. After the obligatory searches as we passed through customs, we managed to board an earlier ferry and arrived in Dover by 4pm. As arranged we stayed at the Premier Inn in Whitstable and spent a pleasant evening with Nigel and Jenny. Unfortunately the weather took a turn for the worse overnight meaning that it was unsafe to drive home in the high gusty winds, so we had to hang around all day, storm watching, until we decided it was safe enough to set off at about 6pm. We eventually got home at 11pm, exhausted, and went straight to bed.

As we turned off the light, just before sleep overtook us, we were finally able to say….