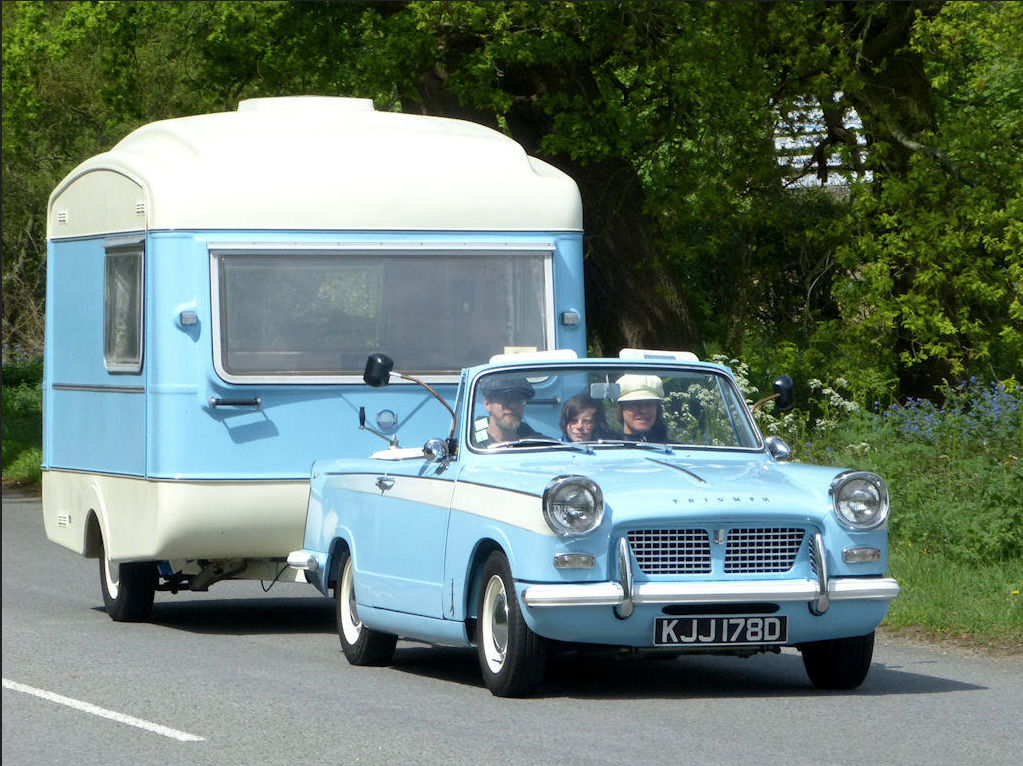 Having booked the Ipswich to Felixstowe run before we knew our moving date, we found ourselves camping just a few miles from ‘home’ at Low Farm in Waldringfield, in preparation for the Ipswich to Felixstowe Road Run. We arrived late on Saturday afternoon and after a walk and a quick drink at the Maybush, Christina started to cook the burgers while Paul went for a quick look at the customised vans in the rally field. After being gone for nearly an hour, Paul finally returned to rather overlooked burgers and sheepishly told about how he’d been persuaded to judge the vans!! 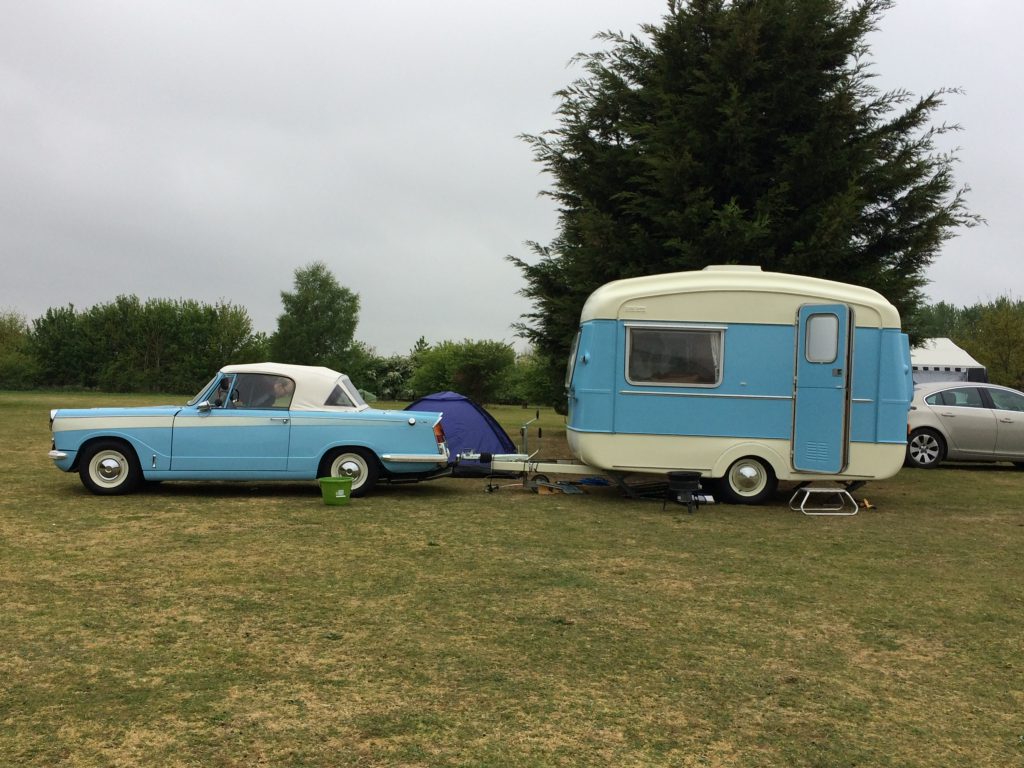 After watching a rather gloomy weather forecast all week it was good to see the sun struggling to come out first thing on Sunday morning and then shining when we got to Christchurch Park. There was a good turn-out of cars at the park and lots of people showing an interest in the caravan. 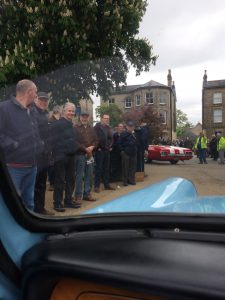 The drive to Felixstowe once again had the carnival feel, with people sitting on the route waving and cheering. If we were to make a montage of the words we heard, ‘wow’ ‘cute’ and ‘cool’ would have been predominant!

On arriving at Felixstowe, Paul heard the words he’d been dreading – “We just want you to reverse into this space…” however he took it nice and slow and lined her up perfectly! We were soon attracting lots of interest, with people peering inside and admiring the matching pair, the period crockery along with Battenburg cake, and the model car and ‘van. We were asked several times if we still use the caravan, and heard lots of reminiscing about family holidays from ‘the good ol’ days’. We enjoyed some delicious fish and chips for lunch, quite amused by the people looking through the window while we tucked in. 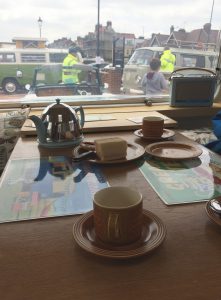 Having been hemmed in quite tight we had to wait until the car park was cleared in order to get a big enough circle to get out of the gate before having good journey home and getting back just before dusk.