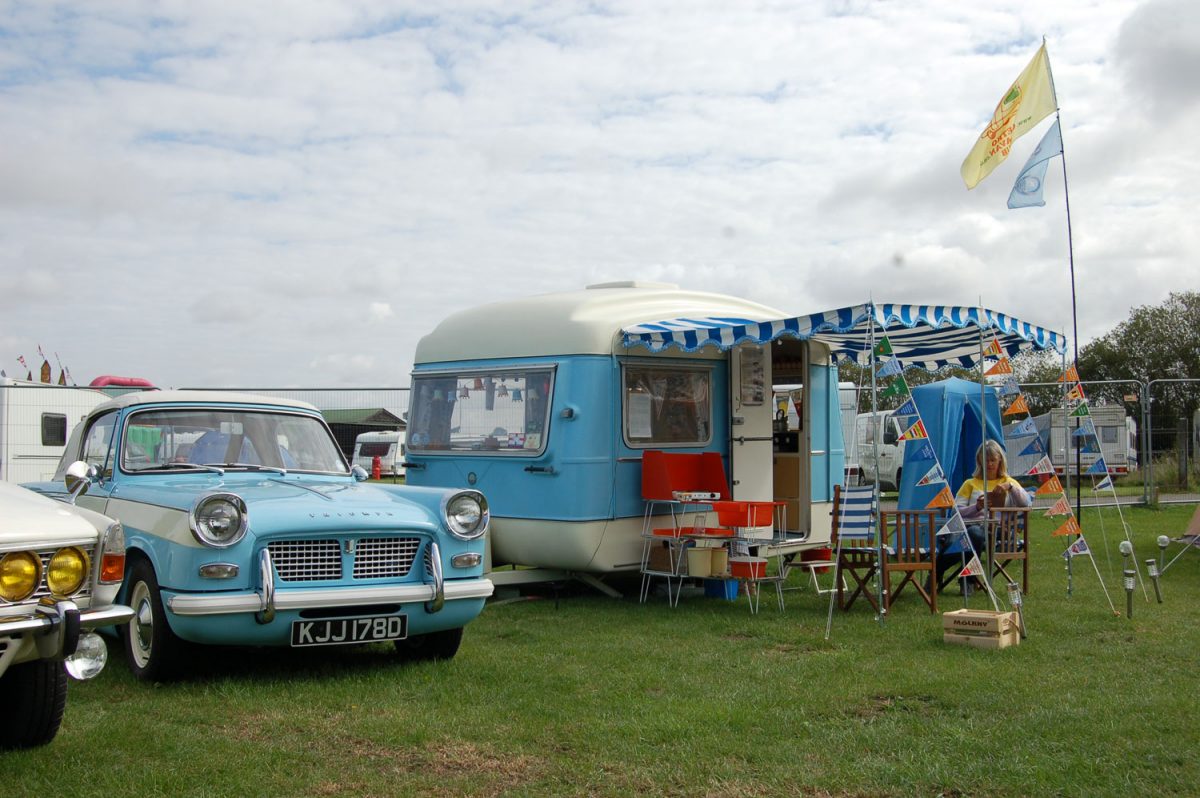 The second of our East Anglia rally’s. This time in Suffolk at Stonham Barns. We had invited Lexie, Pauls niece, to come along with us. She stayed over on the Wednesday night for the getaway on the Thursday. A day earlier than planned but we had two others that had booked in and wanted to arrive in the Thursday. With the car and ‘van newly washed we headed off. A nice easy drive found us at Stonham Barns within 1 1/2 hours chatting to the organisers about the area we were allowed. Which turned out to be smaller than we thought. It was just as well we had a few drop out.

We soon had the caravan and our retro “camp HQ” tent set up. Ann and John were the first to arrive. Followed by Chris and Cam at 4 in the morning.

Friday saw us moving our caravan to give us more room before the rest started to set up. A bit of a pain but worth it. It’s difficult to judge the space needed for caravans when your the first.

The rest of the day was spent relaxing. Although we did spend some time walking around the complex making a treasure hunt for Saturday.

Friday night was ‘meet and greet’ with the first of our quizzes – Suffolk translation. Followed by a fairly early night.
On Saturday we had the treasure hunt, which some took more seriously than others (must make it harder next time), ‘Chuck the Log’ game came out and replaced the sports day we had planned. The evening saw us laying the tables in a line for the social group meal. After which it was time for the “Feely Bag” quiz which again, turned out to be far too easy. I won’t mention the game of hide and seek Paul partaked in with Lexie and Violet, Ann’s granddaughter. But it involved the security guard asking Paul what he was doing sneaking around in the dark at one point.
Sunday, saw us at the bootsale and was, of course, car show day. This we became a part of. In fact it wasn’t long before we realised why we had been given such a small space. The field became packed with over 1100 cars.
The caravans, along with the Carry on Camping sign and our toilet tent went down well and, I think, gave a bit of variety to the show.
And then, all of a sudden, it was just three caravans left. We took the Camp HQ down while it was dry and spent the evening in Chris and Cams ‘van. Monday saw the last of us leaving what had been a very enjoyable if windy weekend.