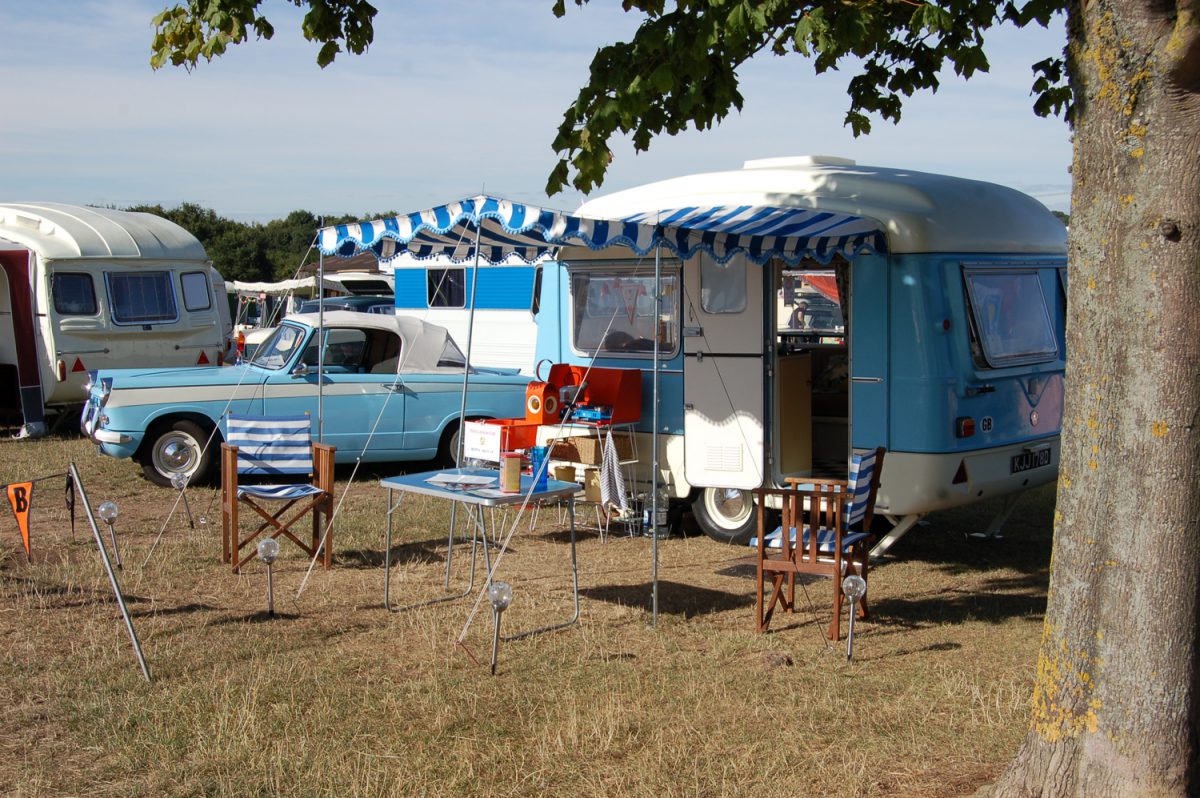 After just a few days at home following the two Triumph rallies, it was time to get back on the road and head towards Newbury for Retro Festival. We left quite early and after a brief lunch stop, arrived at the Newbury Showground to find that there was some confusion going on around where/how we were to pitch. After a phone call to CB, Paul donned his imaginary Hi-Vis jacket and assumed the role of ‘Boss’, a title which stuck with him for the whole weekend! With new arrivals coming in regularly, we were kept busy but seemed to manage to get everyone parked happily. With more arriving throughout Friday, and some shopping and preparation to be done for the ‘RCC Disco Nite’ we only had a little time to look around the rest of the show, which opened to the public on Friday evening, before the disco began. Thankfully the weather had improved as it would have been a shame to cover up our outfits! 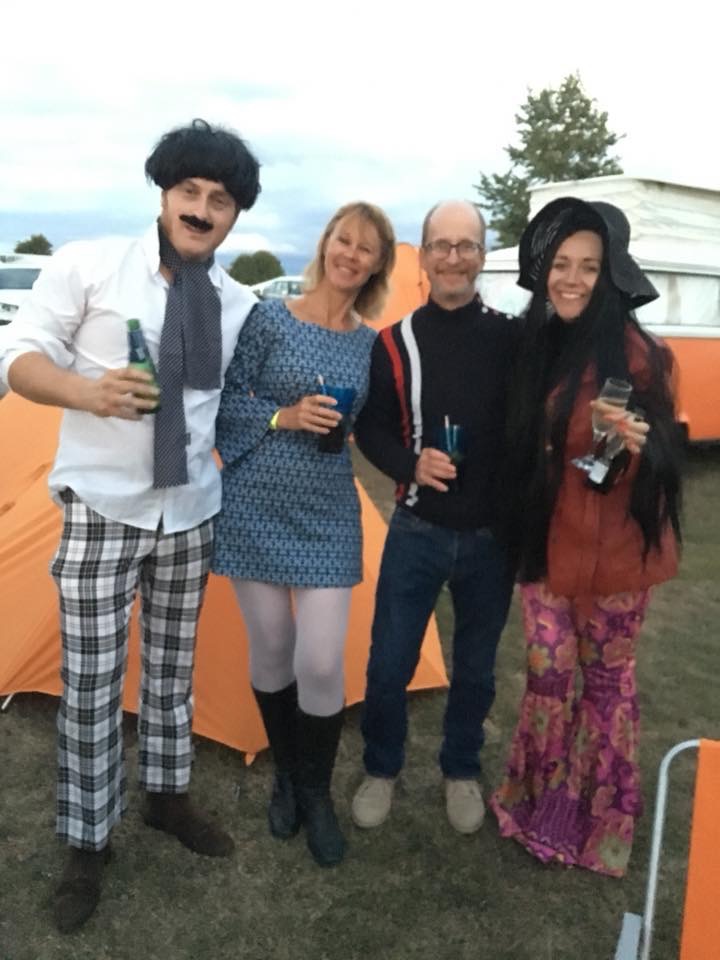 The RCC had almost 40 caravans on display, although the new layout for the show meant that we had fewer visitors than last year. The music was just as good, though, and we spent an enjoyable 3 days chatting with friends and members of the public, as well as a little bit of dancing!