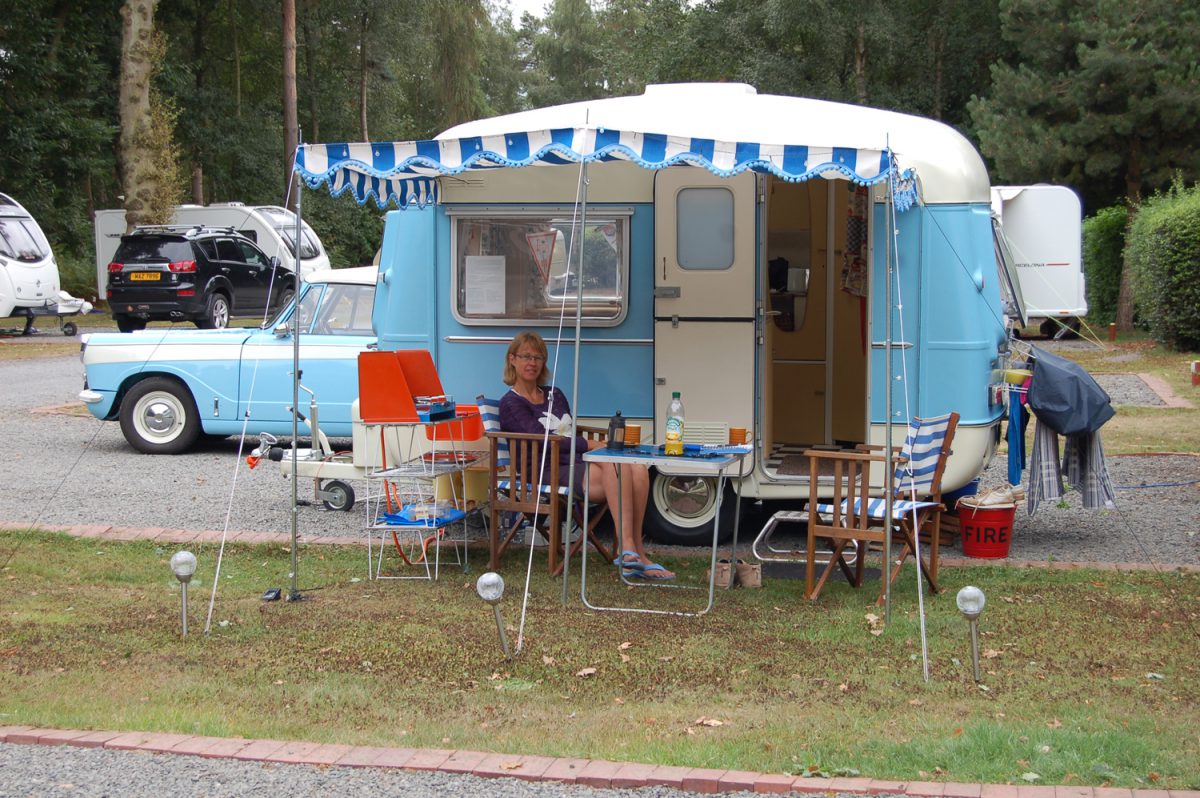 The continuing heatwave across the UK had led to much discussion about best departure and stop-over times to avoid traffic queues and the possibility of overheating the Herald. In the end we decided to leave around 8am with our first break after about 2 hours. Hinchingbrooke Country Park was the chosen destination and, with no delays on the way, we arrived there just before 10.00. There are height restrictions to the car park, but we managed to get into one of the bays reserved for horse boxes and other higher vehicles. It is a lovely little park, with woods and play areas, and a small café where we had a drink and shared a piece of cake. Definitely better than a motorway service station and one to remember for future stopovers, especially as the warden has said if we phone ahead he can make sure there is a space for us to park. We left at about 10.45, intending to stop again at Corley Services in another couple of hours. However, as it seemed to be getting hotter and hotter, Paul decided he would prefer to be clear of Birmingham and the possibility of delays before we stop again, and so we continued for another 45 minutes, by which time it seemed more sensible to just keep going and have lunch at the campsite. Unfortunately, after clearing the A14, M6, M42 and M5 with no delays, we hit roadworks just 10 miles from our destination, and faced the worst possible scenario – a long queue, in 30C heat, going uphill. The poor car was not happy, and it took lots of revving to keep her going. Thankfully we got to the end without her stopping and managed to reach the campsite just after 2pm. We were soon pitched up and sitting in the shade with our lunch, watching as the field filled up with campers. Refreshed and revived, we took a stroll down to the Paddocks to see some of the cars that would be racing over the weekend, but decided it was too hot to attempt to walk up the hill. After catching up with a few familiar faces, we had our customary first-night chilli then bed.

Saturday morning saw us all looking sky-ward as the heatwave seemed to have come to an end and the threatened storms seemed likely. The forecast was for showers off and on throughout the day so, armed with waterproofs, we took the Herald to the display area before setting off up the hill, stopping at several points to watch the cars racing up the hill. Paul was keen to join the Cavalcade of Triumphs as they paraded up the hill, so after a delayed start we drove up the track and a somewhat slower pace than the cars we had been watching earlier. By the evening, the wind and rain were becoming more persistent, and Christina was regretting leaving her boots at home, but Paul joined Mike and a few others up at the bar where a band was playing.

On Sunday morning, there was no doubting that the heatwave was over, and rain was set in for the day. Several tents had been blown away, and those that hadn’t were very wet, so most people were packing up by the time we had breakfast. We packed most of our things before having a last wander around the race area but decided there was little point in staying any longer and so finished packing, hooked up and left just after 11.00. We had a short journey to our next campsite, Somers Wood in Meriden, and so were thereby 1.00. The rain continued to come down, so we sat in the caravan until it stopped, had a walk around the site before dinner, then watched a film on the laptop.

By Monday morning, the rain had stopped, and the sunshine returned so that we had a quiet, relaxing midweek break. We felt a little overpowered sometimes as bigger units pulled in either side of us, but we felt quite sure that we wouldn’t have swapped with any of them! 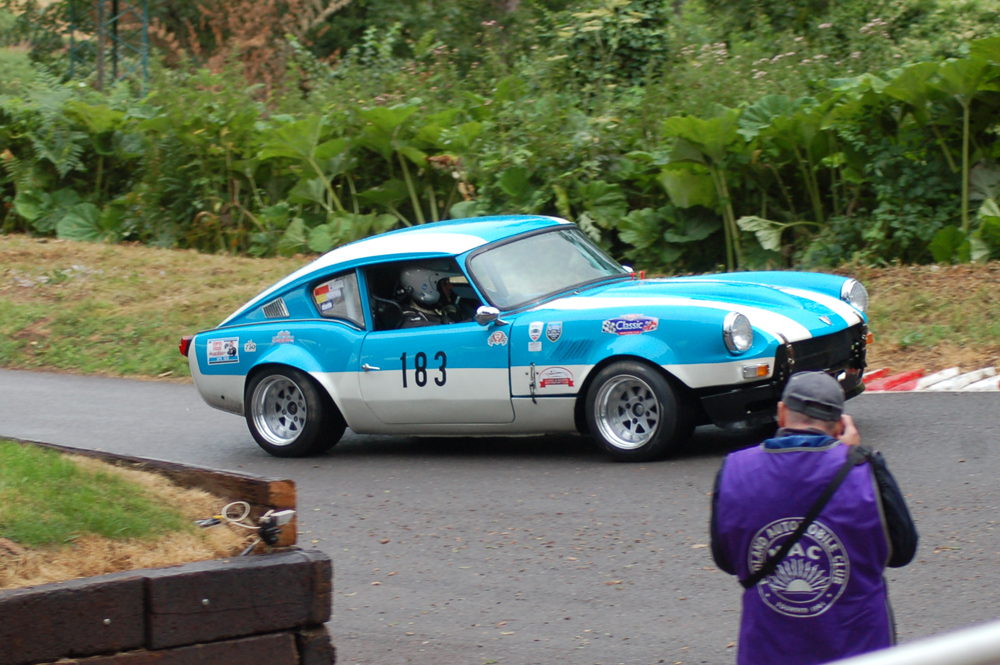 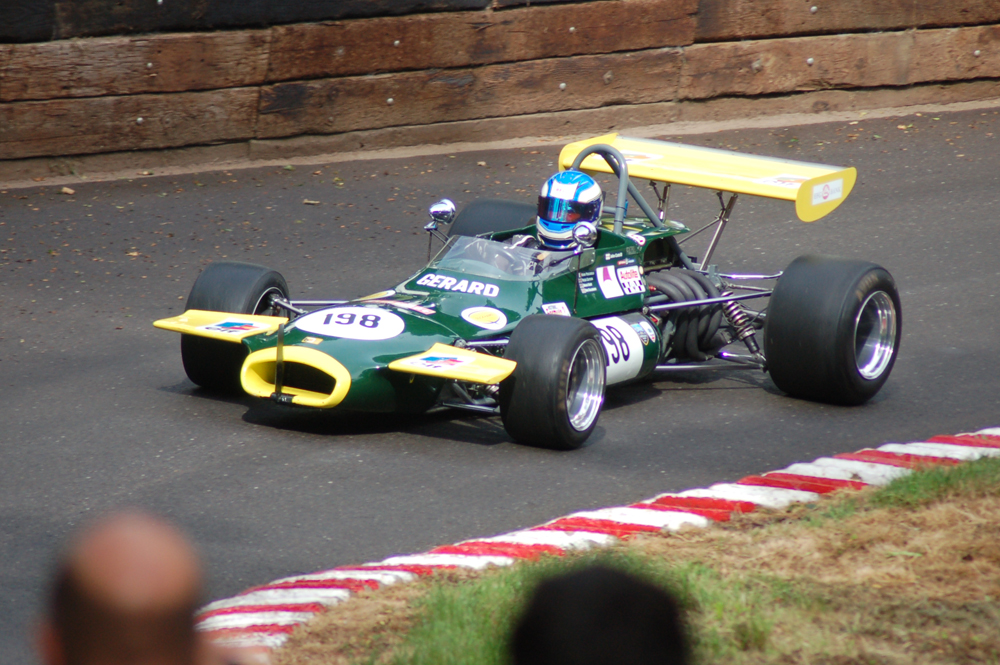 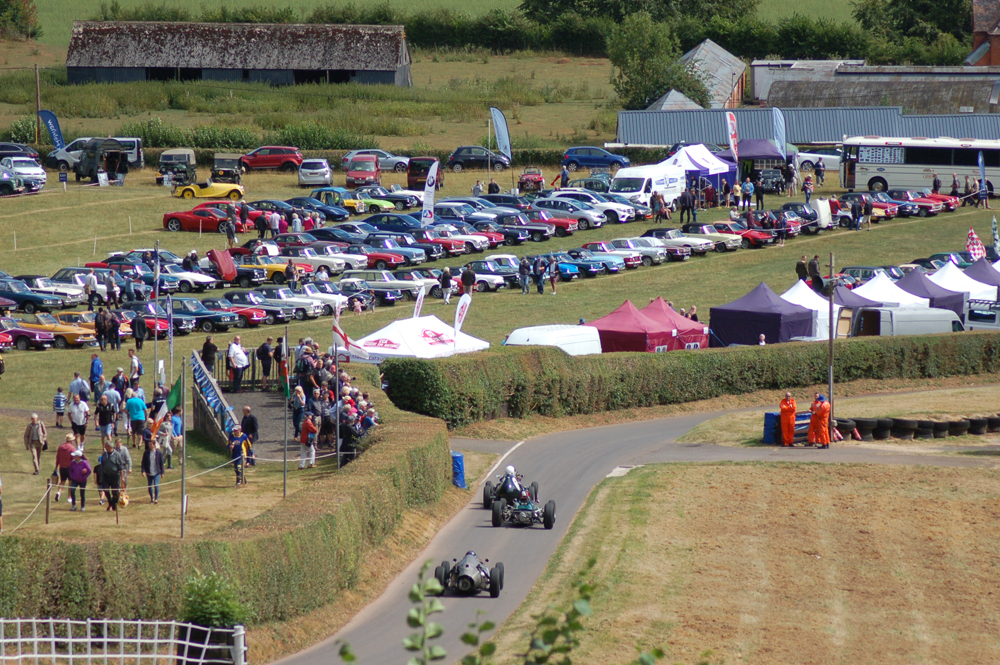 We left Somers Wood on Friday morning, and called into the TSSC Headquarters and museum on the way to the Sunshine Rally at Rutland. It was good to finally see where Angie is based when she’s not out on the road cooking breakfasts and running the hospitality tent!

We arrived at the Rutland Sunshine Rally at about 2pm to a very warm welcome from the organisers. Colin joined us at around 5pm, and we worked together on the evening’s quiz, and chatted with other ralliers. On Saturday morning we set off for the run, with Christina navigating, Paul driving and Colin following behind as he was driving solo. We stopped at a working windmill, then Launde Abbey for refreshments. The best stopover though was Barnsdale Gardens where we spent a good couple of hours looking round the gardens that Geoff Hamilton created for the BBC Gardeners World programme, getting inspiration for our garden. When we got back to camp, Mike and Sue had arrived, so we opened a few bottles ready for the evening’s BBQ which was delicious. On Sunday morning we went by coach to Oakham for a Treasure Hunt, then back to camp for the show and shine, before gathering together for the competition results and raffle. We packed away and left at about 4.30, having had a really great weekend. 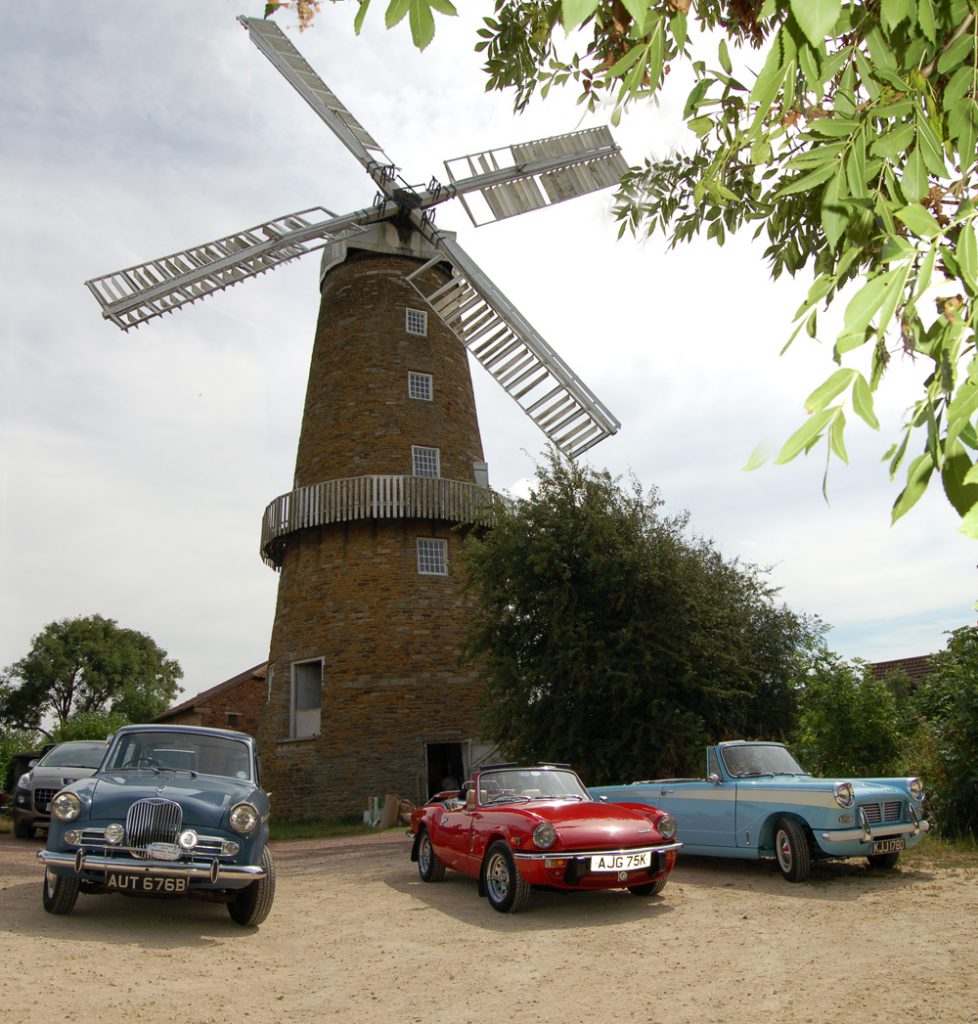