The TSSC were invited to join the Stag Owners Club at the end of their run near Long Stratton for a BBQ. This was followed by a very informative tour of Peter’s sheds. These contained a wide selection of Triumphs in various states of disrepair. They included almost a full set of the Dolomite/Toledo range, Triumph 2000 prototype and two Stag prototypes. Peter also have a fascinating talk on Harry Webster, Triumphs Chief Technical Director, responsible for the development of Triumphs through the 1960s and 1970s. A great day even though it rained for the first time in months. 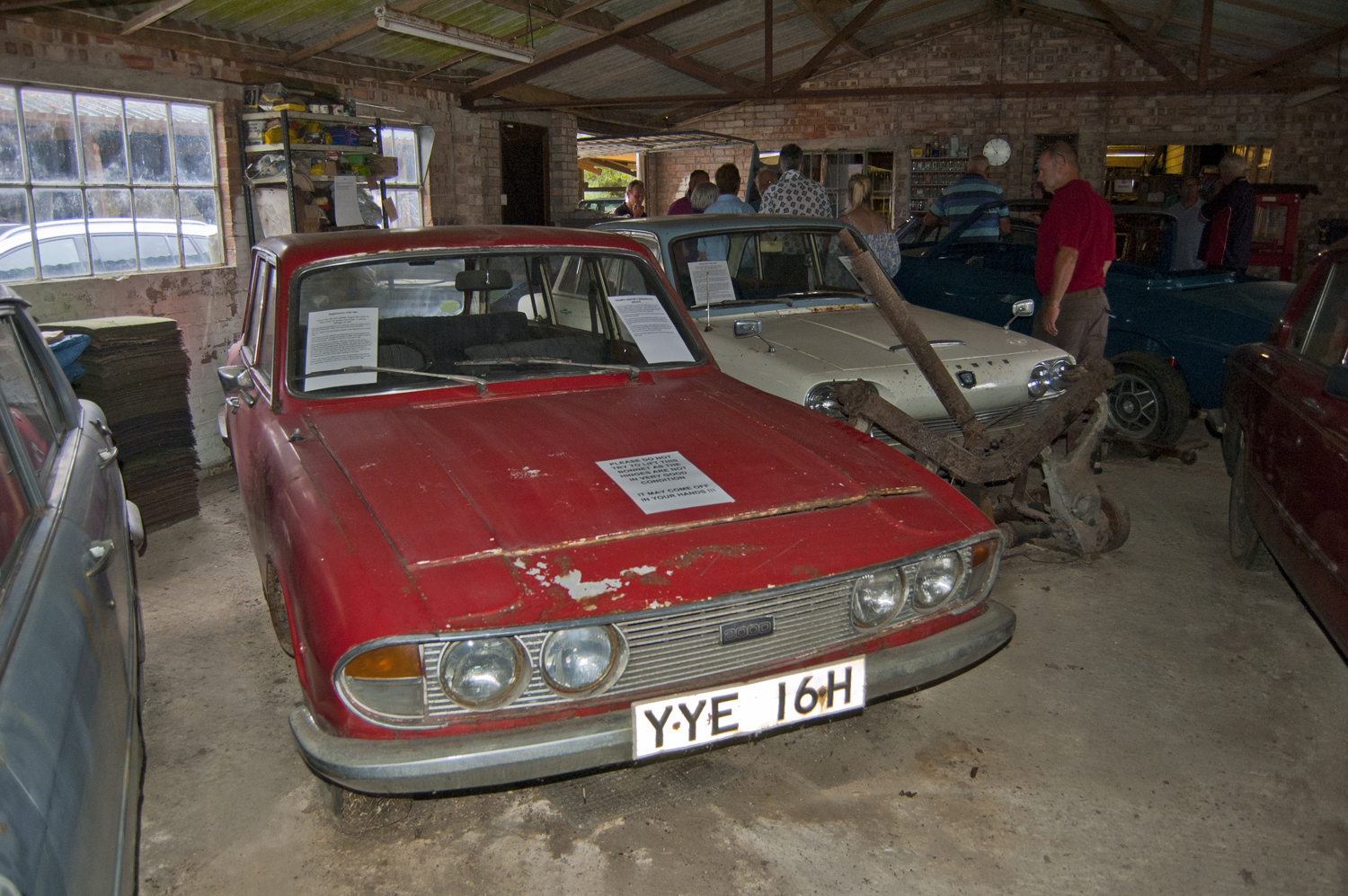