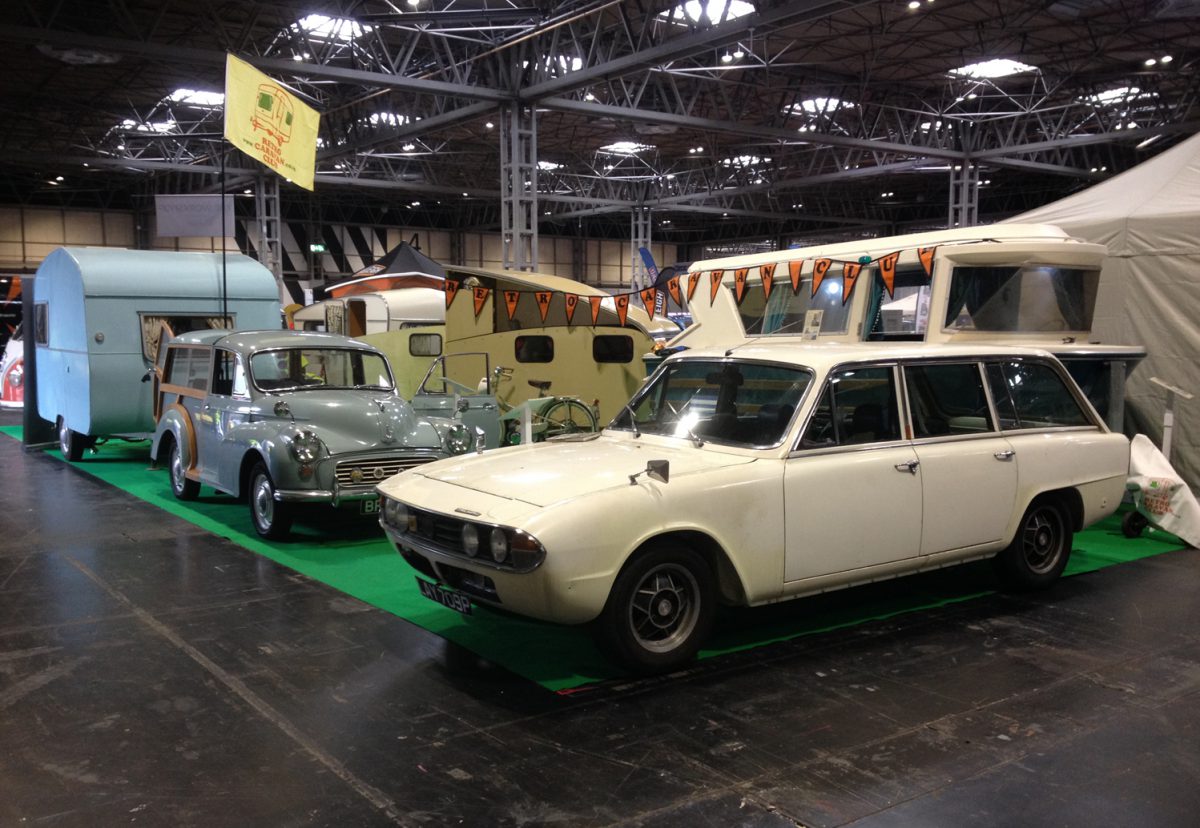 Something a bit different. It was mooted in the New Year while it was still on the rotisserie that it might be good to have the Triumph 2500S on the Retro Caravan Club stand. As they always seem to, everything took longer than planned. With the car not even starting the Sunday before, we managed to get it MoT’d on the Wednesday with the aim to then put the tow bar on and leave. But, by the time it was on and the lights were working, but the car wasn’t (loose wire on the starter motor) it was decided it was too late to set off so we delayed our get away until 6 the following morning.

So with the caravan attached and fingers crossed we set off for the cars maiden voyage. Dropping the caravan off at the campsite we got to the NEC by 10.30 and started setting up. The evening was spent in the local carvery followed by an early night. Up with the larks on the Friday morning for the press day of the show. Then followed three long days with the evenings spent in Chris and Cams camper eating and drinking.

Only problem we had was the indicators not working once we unhitched the caravan but a brief chat to the folks on the Triumph 2000 club stand and a new flasher unit got them working again. It was decided to keep the car unwashed until the Sunday when we washed half in the morning and the rest at the end of the day.

Take down day on the Sunday was a tad busy with so many carss trying to get out while others were trying to get in. We decided to try and head back on the Sunday. Although the side lights had stopped working on the caravan but was easy enough to sort after a bit of head scratching. It will be nice when I can start or finish a journey without a problem with the car…