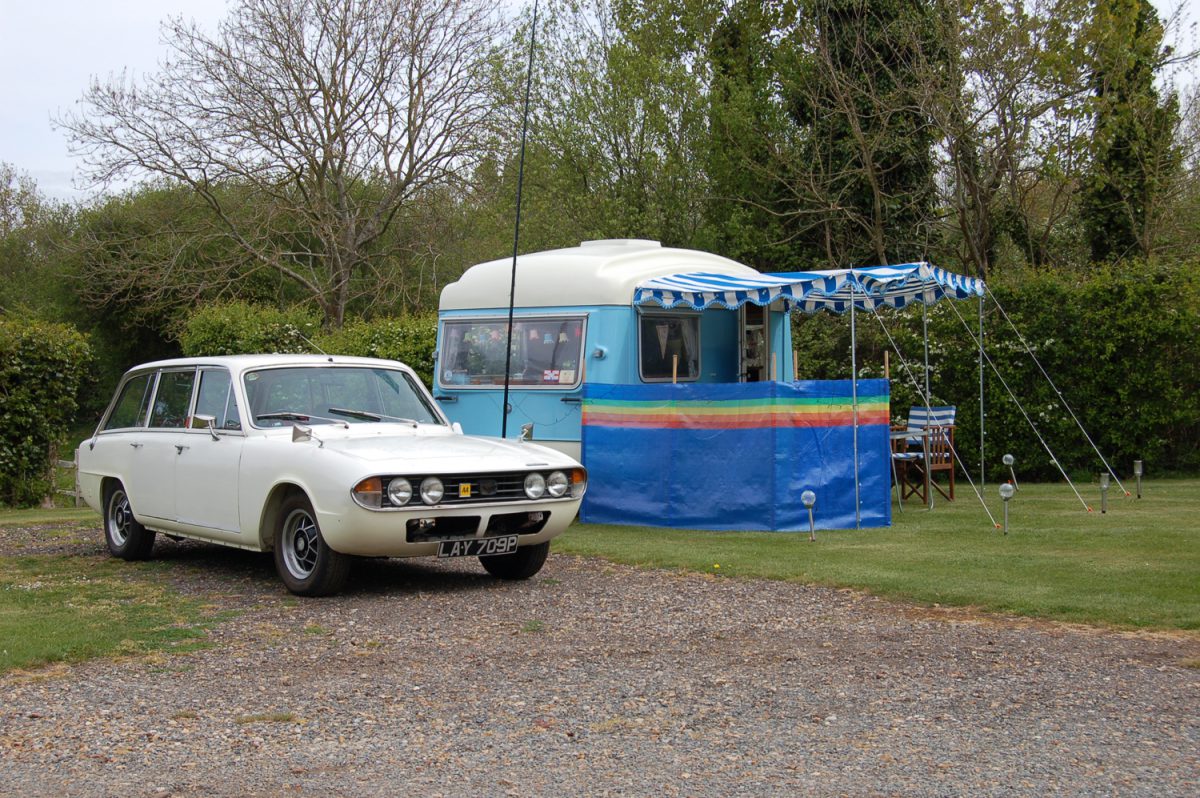 The answer to the question at the end of the last blog was yes, I picked the gearbox up on the Monday, had it fitted by 7 O’clock that evening. It was booked in for a tune-up on the Tuesday before leaving on the Wednesday as I was having trouble getting the tuning correct. That’s when the problems started. We had a phone call in the afternoon saying the technician wanted a word. So up to the garage we went dreading the worst. It wasn’t the worst but meant it wouldn’t be going to TSSC Isle of Wight in the Herald. Loss of compression on 2 (75), 3 (25) and 4 (0) cylinders, a job for when we returned!

So the big Triumph was press-ganged into pulling the caravan. Setting off in plenty of time for the 4pm ferry, we arrived early enough for the 3pm one. Getting to the campsite in plenty of time to set up. This seems to be taking longer, mainly due to the light show that we we seem to put on these days. We had a good couple of days enjoying ourselves, including a walk to the Botanical Gardens, before the other members turned up and the TSSC weekend started.

Saturday saw a run out with celebratory cake and sparkly at the Isle of Wight Pearl who were also celebrating 30 years. Great choice for a midway break. We missed the evenings entertainment in preference to an early night. I think my body and brain had decided now was a good time to rest and was intent on taking full advantage of the situation.

Sundays trip and barbeque was at Sandown Airport. A much better parking situation to the previous year. Good burgers too. Again we missed the evenings games, but at least I was starting to feel a bit better. Monday saw the farewell run to the pub. Again we decided to miss this in favour of a walk. But it did give me an opportunity to take some nice pics as the cars were leaving.

Tuesday saw us walking down to Ventnor. This time to visit a pottery shop that we had been to the year before and where we had regretted not buying a piece of pottery. So this year we made ammends. Rain was forecast for the following day so that evening we took down the awning and packed everything away. Which was just as well as it poured all night right up to when we had to leave for the 10am ferry.

Again we were early and just managed to catch the earlier ferry arriving back at home mid afternoon.

Another great weekend, well organised and plent to do with some friendly people. I think the big Triumph is going to become a really good car to go away in.