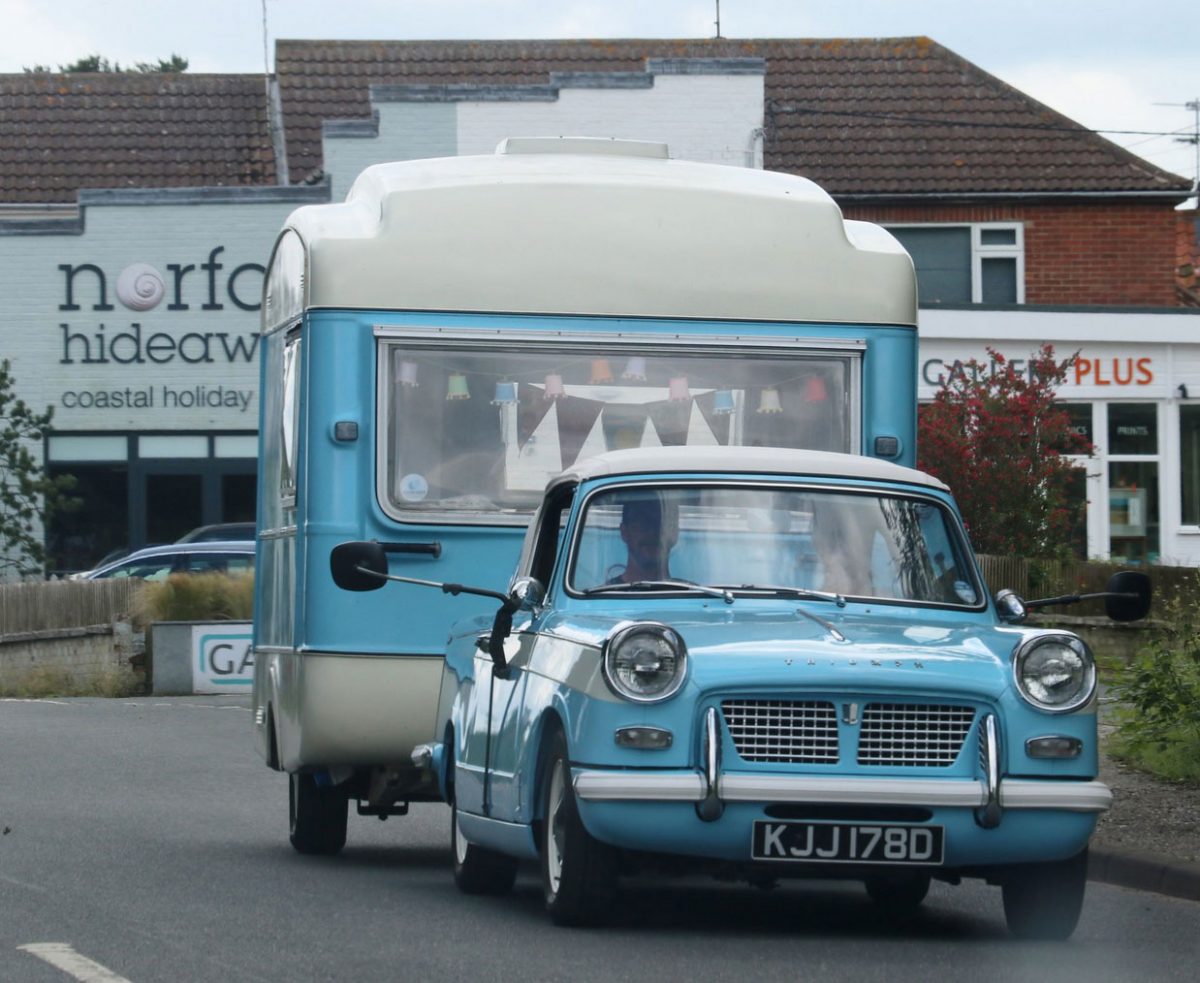 (Main picture from Flickr taken by Nivek.Old.Gold on our journey home)

Just a short drive this weekend as we were to attend the Norfolk TSSC camping weekend at Kelling Heath. We were first to arrive mid-afternoon, so got set up and waited for the rest to arrive. A total of 8 pitches were taken, but sadly not all had Triumphs parked on them. Mike had his TR7, and Dominic and Colin came in their Spitfires, but the rest had used modern vehicles to either tow the caravan or carry the tent. Friday evening was chilly so after a brief time sitting out under the gazebo we retired to the warmth of our caravan.

Saturday morning saw several of the others go off to the Broads, but we opted for a walk along the coast. We seemed to spend most of the day just ahead of a raincloud, but it eventually caught us up just as we reached Cley. We sheltered under a tree until the drops found their way through the leaves then decided to make a dash for somewhere more solid to shelter. Just as we set out, a bus came by, so we flagged it down and admitted defeat! By the time we reached the Mickleburgh stop, the rain had passed over, so we walked back up the hill and back to our pitch for a cuppa and cake. We all gathered in the gazebo for a ‘Bring-and Share’ BBQ in the evening, using the BBQ’s to keep us warm as it was another chilly evening.

After a lazy start on Sunday morning we were all packed away by about 10.30. Some of the group decided to go for a drive along the coast towards Waxham but as we would have to take the caravan we decided to head in the opposite direction towards home. It was short weekend in terms of camping but enjoyable none-the-less, and we were able to get to know a few people who we will meet again in the Peaks in a couple of weeks’ time. And of course, the only way to spend out first wedding anniversary!