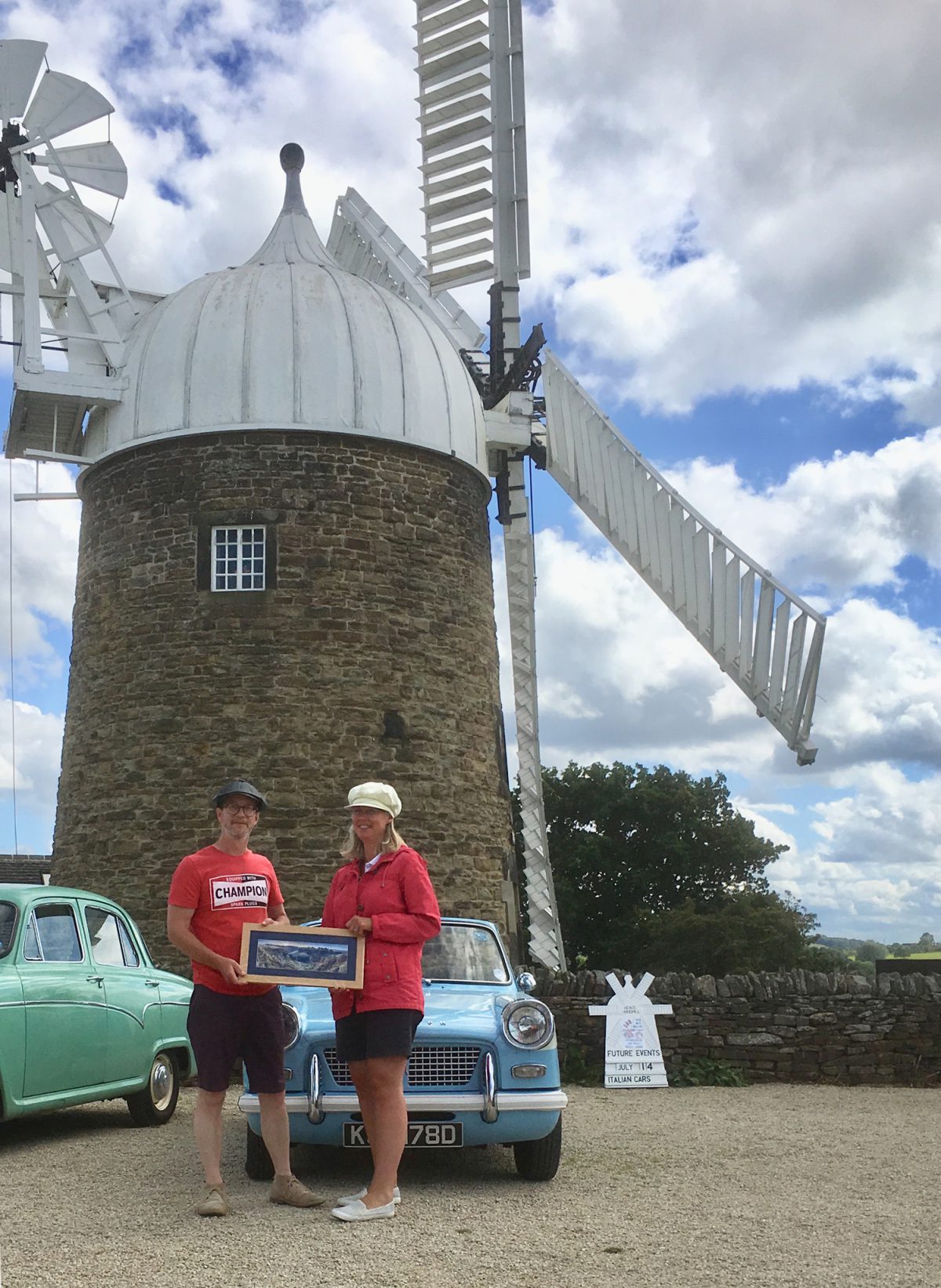 We had heard a lot about the Derwent Valley TSSC Peaks Weekend so decided that this year it would be good to give it a go. We booked for the full 4 nights from Thursday to Monday and having worked out that it would be about a 4-hour drive we planned our departure so that we could stop at the Friendly Farmer for lunch. We arrived at the campsite at about 4pm and got ourselves set up, including the newly refurbished bucket and chuck-it in the retro style! There were about half a dozen other pitches taken, with the majority of people due to arrive on Friday, and once again Paul was disappointed to see a lack of Triumphs, although hopefully that more would arrive on Friday. As we were quite close to Manchester we had arranged to go and visit James in his new flat so set off by 9.00 on Friday morning to tackle to Manchester traffic. Apart from the jams and queues to get in and out of the city, we had a good day with James showing us around his new home including lunch at his favourite pizzeria. Back at the campsite, the evening was spent with a few games and light entertainment. We were introduced to a new game – Malkkey (which we will be buying when we get home) but opted out of the sing-along quiz as we felt a little unsure about what was going to be expected of us!

Saturday morning was scheduled to be a treasure hunt but we decided to go for a walk into Ashbourne. Unfortunately, by the time we got back everyone had started the treasure hunt, so we sat and chilled at the caravan. There was quite a build-up of anticipation for the evening’s entertainment from regular attendees, many of whom had brought fancy dress for the theme of The Sea. As newbies we were unsure about what to expect so hung about on the edges to just watch and learn! The many games and competitions seemed to involve lots of eating and drinking and generally making mockery of each other. Entertaining to watch but we weren’t quite ready to participate!

Despite the raucous of the previous evening, everyone was up and about early on Sunday morning for the famous Peaks Run. Having collected our directions we set out for what proved to be a very long but enjoyable run up through the Peaks as far as the Blue John Mines and back down again, including a drive through a fairly deep ford and a slight reroute as one of the planned roads was closed. We finished at Heage Windmill where we all had our picnics and made our judgements for the People’s Choice. We were thrilled to be chosen as runners up and were presented with a lovely photograph of the hills we had just driven through. Back at the campsite, many of the others had packed up and left. We took a walk to the next village for a pub meal then went back to join everyone else who was staying for a drink and chat.

We were in no hurry to leave the following day so had a late breakfast in bed before packing away and leaving at about 11.00. We took a different route home and stopped off in a lay-by for a picnic lunch of whatever was left in the fridge. We reached home at about 3.30 having had a really enjoyable weekend in some good company and a great location.